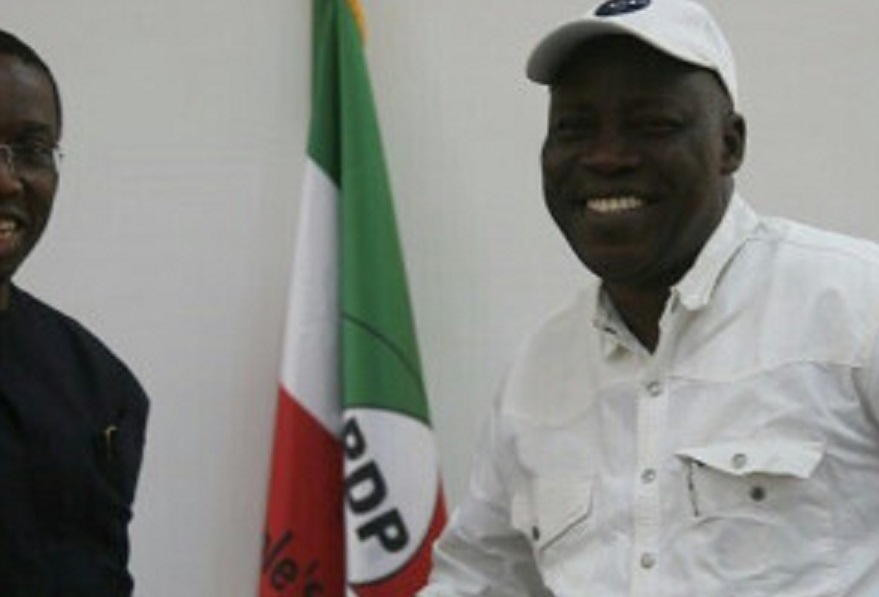 Ahead of the 2019 general elections, the Principal Secretary to the Delta State governor, Hilary Ibegbulem has led his mother-in-law to the slaughter to be used as sacrificial lamb for Senator (Dr) Ifeanyi Arthur Okowa, governor of the state.

Ibegbulem, who is Okowa’s Killer squad leader, is known for sharing blood of innocent victims for his employer, as fierce looking gunmen suspected to be Fulani herdsmen on Friday, February 3, 2017 killed the mother-in-law to the Principal Secretary.

The incident, which occurred along the ever busy Benin Bypass in Edo state, it was reliably gathered, also claimed the life of the mobile police orderly attached to Mr Ibegbulem, who was in the vehicle while the driver and the principal secretary’s London based brother-in-law were severely injured.

It was gathered that after few hours, the kidnappers allegedly established contact with the principal secretary and demanded for a ransom of N50 million for the release of his driver and his London based brother-in-law who were in the vehicle when his mother-in-law and his orderly were murdered in cold blood by the kidnappers.

A police source said, it took the effort of the Delta state House of Assembly Anti-kidnap committee who swung into action and linked up contact with the kidnappers to effect the release of the victims after paying a million naira ransom.

As at the time of filing in this report, it was learnt that the driver to Okowa’s principal secretary was hospitalised at the Federal Medical Centre, FMC, Asaba while the London based brother-in-law has since returned to London.

When contacted the Delta State Police Public Relations Officer (PPRO), DSP Andrew Aniamaka, said that he was not aware of the incident because it occurred outside the state command but police sources in the command confirmed the incident.

Meanwhile, the Okowa’s first sacrificial lamb, his Special Assistant (SA) on Community Newspaper, Jonathan Onwuka, who was knocked down by a tricycle rider who drove against traffic has resumed work.

Onwuka, at the time of the accident had one of his legs and waist destroyed and was abandoned at FMC before he was moved to Saint Luke’s hospital.