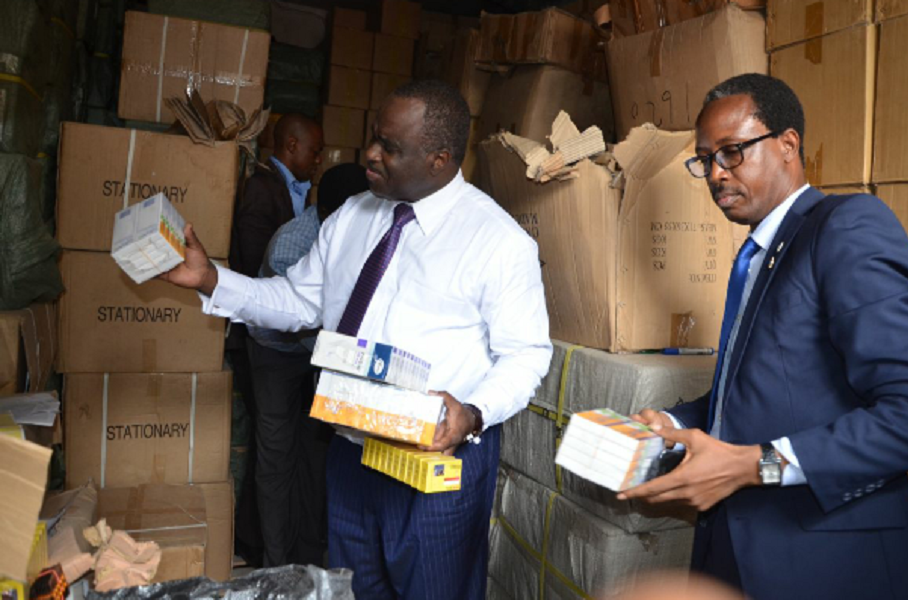 Advertisement
By Ogbonna Casmir
An Awka Federal High Court has remanded a 46yrs old Ejike Okereke, in prison for alleged production and distribution of fake cough syrup known as Codrux Cough Syrup.
The National Agency for Food and Drug Administration and Control (NAFDAC) was Thursday arraigned Okereke on five count charge before Justice N. I. Oweibo of Awka, Federal High Court.
The prosecution council, Jombo Adumen, told the court that the accused person who resided at James street, Iyiowa Odekpe, Onitsha had on 2nd Februray, 2017 produced, packaged and sold, fake Codrux Cough Syrup in a manner that was misleading.
Adumen said having contravene the rules guiding production, packaging and distribution of drugs, Okereke has committed an offense contrary to sections of the Counterfeit  and  Fake Drugs and Unwholesome Processed Food (Miscellaneous Provisions) Act, 2004 and punishable under the same act.
After the five count charge was read to his understanding, the accused who appeared without any counsel pleaded not guilty to the charges against him.
The Court in her ruling, ordered that Okereke be remanded in prison and adjourned the matter to April 11 for trial since there is no application for bail.