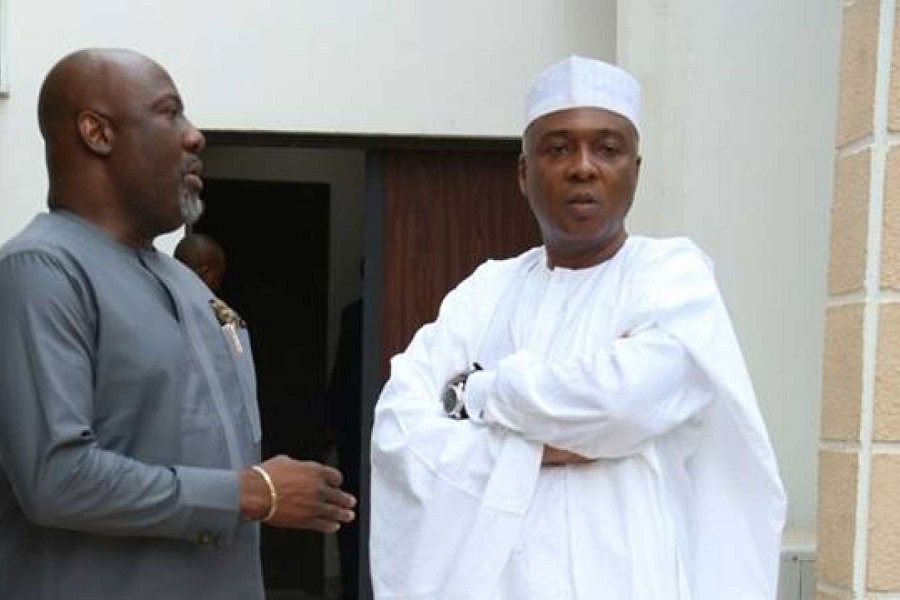 Advertisement
The code of conduct tribunal prosecuting the senate president , Doctor Bukola saraki on false asset declaration has been told that it is lawful for the senate president to own shares in companies like any other public servant .
A prosecution witness in the trial Mister Samuel madojemu  told the tribunal that saraki as a former governor of kwara state was not prevented by law to own shares in any company while he held sway as kwara state governor .
Under cross examination by mister paul Erukoro who is a counsel to saraki, the witness who is the head of investigation unit of the code of conduct bureau , admitted that public officers are allowed to  own shares in companies in addition to owning farms for agricultural purposes.
The witness informed the Danladi Umar led tribunal that there is no law that forbids public officers from having majority shares in a company.
Specifically the witness  said the senate president has right to own shares In a company that traded i. Rice and sugar commodities .
Under further cross examination, madojemu said that he never asked the senate president whether he had shares in any company trading In rice and sugar .
And that he is never seen any audited account of any company linked to saraki
The senate president  had earlier in the day being re-arraigned on an 18 count further amended charges In Which he denied any wrong doing in the falsification of his asset declaration .
The prosecution witness had earlier testified that saraki in one of his asset forms claimed to have acquired properties at number 15a and 17 a Macdonald streets  ikoyi lagos from proceeds of rice and sugar commodities .
According to him engaging in rice and sugar commodities is unlawful for any public officer.
The witness also said that contrary to his averment in his asset declaration form , the senate president did not acquired the said properties from the presidential committee on sales of federal government properties , but from another company g and c real estate property and investment company which is also unlawful .
However under cross examination , the witness claimed that , he did not know the year , the senate president assumed office as governor of kwara state and that he never met the senate president in person before he became governor .
As the head of investigation into of the code of conduct bureau , the witness admitted that he never treated any letter from the senate president to the ccb and that he had no knowledge of saraki’S handwriting other than the one on his asset declaration form .
The witness said that most of the document tendered as exhibits were obtained by He efcc operatives and not by his own team .
He recalled that on September 14,2015 , He swore to an affidavit at the code of co duct tribunal and that he knew that the affidavit was going to be used by the federal government was going to use it to file the present charge against the senate president .
He added that at the time he made the affidavit , that he was aware that it must be truthful in fact and content and that he still stands by the truthfulness of the affidavit.
However ,when his attention  was drawn to his claim that the senate president returned four asset forms to the code of conduct bureau as against the seven tendered by the prosecution.the witness said that four and seven are not the same
Trial has been adjourned to continue march 2nd 2017 .