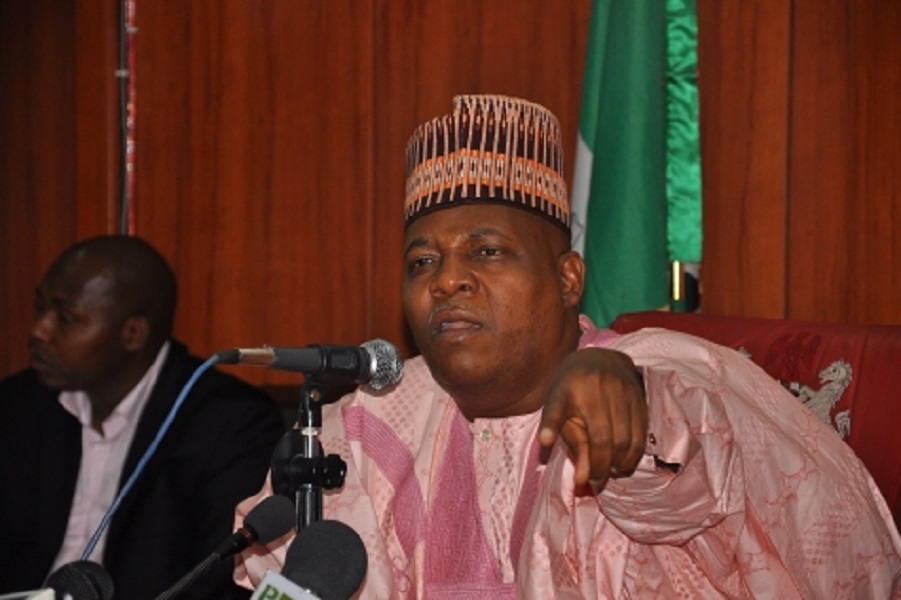 An Interfaith group, the Northern Interfaith and Religious Organizations for Peace (NIROP) has querried the motive behind the Borno state government’s reaction to the arrest and interrogation of the Chairman of Mafa Local Government Council, Alhaji Shettima Lawan who was caught harboring Boko Haram fighters.

National Coordinator of the group, Bishop Musa Fomson who addressed journalists in Abuja on Sunday said it appears that while soldiers are diligently working to round up escaping terrorists Borno state politicians are covertly subverting the military’s efforts thereby making the work to be worthless.

Fomson expressed worry that the action of the state government shows sabotage in the federal government’s quest to end terrorism. He said Nigerians must therefore rise up and condemn any attempt that will encourage the terrorist group from regrouping.

He urged the army to remain focus in its mission of moping up remnants of the Boko Haram terrorists. He said, “We appeal that Nigerians make vigilance their watchword, be their neighbors’ keepers and support the military to expose those that are political Boko Haram as we see this as being strategic to winning the battle and ensuring that the peace in the wake of the terror group’s defeat is not short lived.

“The Nigerian Army on its part has only one option, which is to go after the identified political Boko Haram members. “In our view, no one deserves to go through the harrowing experiences that Nigerians, particularly the people of the northeast, had gone through in the hands of the terrorists and it is definitely not an experience that should be repeated by allowing the killers to regroup.

“This is what makes it sad that some people under certain organizations or political configuration are practically wishing and working for the terrorists to regroup. We urge Nigerians to collectively condemn these individuals and groups regardless of whether they pretend to be politicians, activists, journalists, NGOs, media or any other covers being used to promote the interest of the defeated terrorists.

He said the Borno state government has openly advertise these subversive activities as reaction to the arrest and interrogation of the Chairman of Mafa Local Government Council, Alhaji Shettima Lawan who was caught harboring Boko Haram fighters.

He said “The Borno state government has been confirmed to be sponsoring some Civilian JTF members to come to Abuja to stage protests aimed at exonerating its officials for over half a decade long sponsorship of terrorism. “The Civilian JTF members have been coached to counter the Nigerian Army.

This plot could only have been contrived to divert attention from the ignoble roles Borno state and local government officials have played in keeping Boko Haram terrorism in place for these years.

“The account of some rescued Chibok Girls that they were kept in the residence of state officials in Maiduguri and later Gwoza before they were moved to the bush after their capture is a testament to the culpability of Borno officials in the years of horror Nigerians have been forced to endure.

“These clandestine disposition of the Borno State Government and its officials since the arrest of politically exposed persons in the State by the Nigerian Army therefore calls for a wider investigation and corresponding actions against those indicted. Nothing in the laws of the land empowers component governments to unleash terror on the scale of Boko Haram on the other federating units.”

He wondered how the Civilian JTF turned into paid protesters to start addressing press conferences in order to prove the innocence of a man who has the capacity to speak for himself.