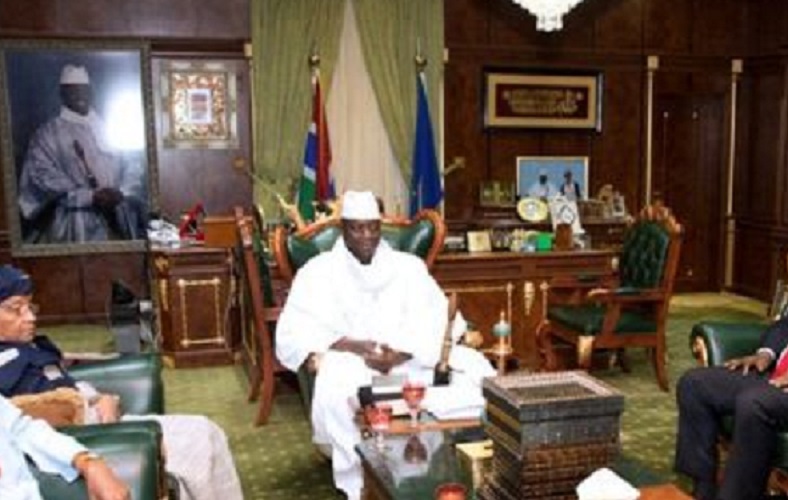 Efforts to contest the results were “an attempt to subvert the express will” of the Gambian people, he said in a statement, Reuters news agency reports.

State television reported that Mr Bojang had been sacked.

The UN Security Council has called on President Jammeh to step down.

He initially accepted that opposition leader Adama Barrow won the election, but then reversed his decision, citing electoral “abnormalities”.

“The Gambia has decided and we must accept and respect this decision,” Mr Bojang said in his statement. He also spoke to Reuters by phone from neighbouring Senegal.

In October Sheriff Bojang made headlines when he announced The Gambia’s intention to pull out of the International Criminal Court.

He described it as “an International Caucasian Court for the persecution and humiliation of people of colour, especially Africans”.

Yahya Jammeh has ruled The Gambia since taking power in a coup in 1994. He has acquired a reputation as a ruthless leader.

A trio of West African leaders, including Nigeria’s president Muhammadu Buhari, will travel to the country on Wednesday in a second bid to convince him to accept the results.

The Gambia has not had a smooth transfer of power since independence from Britain in 1965 and regional grouping Ecowas has placed forces on standby in case Mr Jammeh does not step down.

Last week, the head of The Gambia’s army gave his full backing to the president.