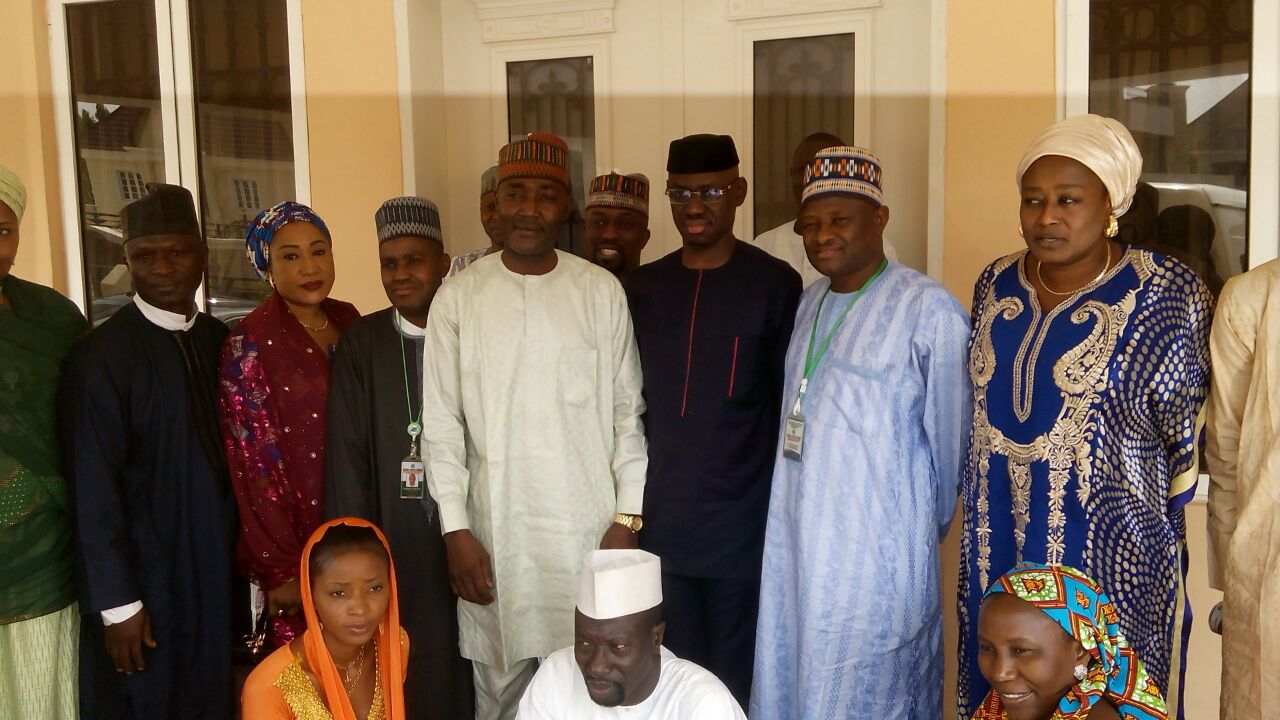 Ahead the 2019 general elections, a chieftain of the ruling All Progressives Congress (APC) and the party spokesman Comrade Timi Frank, has said that young people should demand 50 percent political offices from the local government,  state and federal government before voting at the next elections.

He also said that youths should ask questions on what the politicians have in stock for them and ensure proper negotiation before going to queue for voting.

Speaking on Thursday in Abuja when the Arewa Youth Forum (AYF) paid him a courtesy visit to solidarise with him on his travail with the Chief John Oyegun led National Working Committee (NWC),  Frank assured that he will continue “to lead the struggle of young people in this country even if it is going to cost me my life because I want to see the day when country will have a young President, a young Governor and young Ministers in Nigeria.”

According to Frank, “one of the ministers in Dubai is just barely 22 years and he’s doing better, the National Chairman of the ruling party in Kenya, he’s just barely 29 years, if they can do it in other countries, we can do it in Nigeria.”

His words “I have made it clear on international youths day that it is high time every government must give youth 50 percent political office from local government, to state and federal government. I’m still retreating same position that 50 percent of political position should be given to us (youths) from now upward, this is the only thing that we cannot negotiate, it is non-negotiable, this is one thing we must do in 2019, before we elect any leader, they must have an agreement with us on the 50 percent inclusion because we cannot be oppressed anymore. We must ask them question on what they have for Nigerian youths, this is what we are demanding, you must give us 50 percent inclusion.

“I believe today, I have demonstrated capacity it takes to represent the young people in APC as a party, I’ll continue to do my best, I‘ll not relent despite the intimidation and harassment from those who believe that the young ones must not survive. What I’m fighting today is not all about Timi neither is it about keeping my position, it is all about keeping the integrity of Nigerian youths, that is why I’m been harassed and intimidated by my own party led by the National Chairman, Chief John Oyegun. They have been doing everything possible by saying they have suspended me because they see me as a young man who will always fight for the interest of the young people. Today, I can tell you without fear or favour that I’m very disappointed in my party because my party has not treated the young people well.

“I can assure you that despite what has happened to me, we’ll not give up, it is a struggle because without the young people, the elderly ones will not get elected, it is we that is electing them to power, we can as well elect ourselves the same way we are electing them, this is one message I want to pass, with this relationship we are trying to build between the Northern Youth Forum and myself.”

Frank revealed that when he started agitating for Northern presidency he was alone in the struggle.

“When I started the struggle as a young man, as at when I started agitating for Northern Presidency, I was alone, the history is there  because I believe the North has also put so much for the development, peace and stability of our country, we must therefore do everything possible to keep that cordial relationship between the North and South as young people.”

Speaking earlier, President of the forum, Gambo Ibrahim Jungu, said although Arewa Forum is not a political organization but they came to sympathise with Frank on his travail with Chief Oyegun leadership.

He said the forum believe the youth of Nigeria should be given major role to participate in governance, adding that “we believe it is unfair and attempt to shortchange Timi Frank.”

The forum, however, appealed to President Muhammadu Buhari to urgently intervain in the crisis to avoid Julius Malema experience in South Africa.