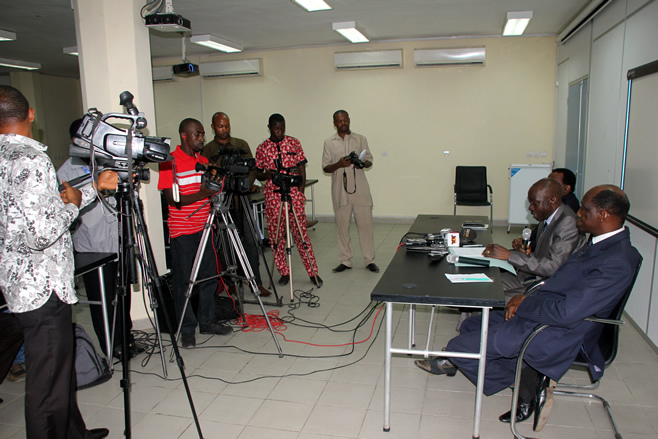 Based on the work conducted by PwC, their conclusions are as follows;

The PwC report centered on the following three (3) key areas;
NNPC Costs
Ownership of NPDC revenues
DPK subsidy
Below are the highlights as extracted from the report.

–
NNPC Costs
“The Corporation operates an unsustainable model. Forty six percent (46%) of proceeds of domestic crude oil revenues for the review period was spent on operations and subsidies. The Corporation is unable to sustain monthly remittances to the Federation Account Allocation Committee (FAAC), and also meet its operational costs entirely from the proceeds of domestic crude oil revenues, and have had to incur third party liabilities to bridge the funding gap”.
NNPC provided transaction documents representing additional costs of $2.81 billion related to the review period, citing the NNPC Act LFN No 33 of 1977 that allows for such deductions. Clarity is required on whether such deductions should be made by NNPC as a first line charge, before remitting the net proceeds of domestic crude to the federation accounts.

PwC therefore recommended that the NNPC model of operation must be urgently reviewed and restructured, as the current model which has been in operation since the creation of the Corporation cannot be sustained.
Ownership of NPDC revenues
PwC stated that:
– According to NPDC former Managing Director’s (Mr Victor Briggs) submission to the Senate Committee hearing on the subject matter, for the period covered by their mandate, NPDC generated $5.11billion (net of royalties and petroleum profits tax paid).
– They relied on the legal opinion provided to the Senate Committee by the Attorney General (AG) on the subject of the transfers of NNPC’s (55%) portion of Oil leases (OMLs) involved in the Shell (SPDC) Divestments which impacted crude oil revenues in the period. The AG’s opinion indicated that these transfers were within the authority of the Minister of Petroleum Resources to make.
– NNPC’s (55%) portion of Oil leases (OMLs) involved in the Shell Divestments related to the eight (8) OML’s were transferred to NPDC for an aggregate amount of US$1.85billion. So far, only the amount of US$100m had been remitted. PwC also added that they had expected a transfer basis higher than the US$1.85billion aforementioned
– NPDC had done a self assessment of PPT and Royalty and had unpaid self assessed PPT and Royalty to the tune of $0.47 billion related to the review period. PwC added that they did not obtain any information that suggested that NPDC has been assessed for PPT and Royalty for the review period.
– PwC also stated that NPDC should remit dividend to NNPC and ultimately to the Federation accounts, based on NPDC’s dividend policy and declaration of dividend for the review period.
Kerosine Subsidy
PwC determined from information obtained from PPPRA that $3.38 billion relating to DPK subsidy cost was incurred by the NNPC for the review period. They obtained a letter, dated 19 October 2009 written by the Principal Secretary to the President, to the National Security Adviser, confirming a Presidential directive of 15 June 2009 instructing that subsidy on DPK be stopped. PwC also obtained a letter dated 16 December 2010 from the Executive Secretary PPPRA to the CBN Governor clarifying that PPPRA had ceased granting subsidy on Kerosine since the Presidential directive of 15 June 2009. Furthermore, Kerosine subsidy was not appropriated for in the 2012 and 2013 FGN budget.
However, the Presidential Directive was not gazetted and there has been no other legal instrument cancelling the subsidy on DPK.
PwC therefore recommended that an official directive be written to support the legality of the kerosene subsidy costs. This should also be followed by adequate budgeting and appropriation for the costs.