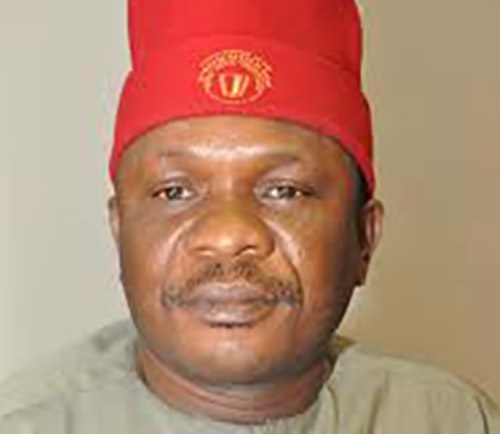 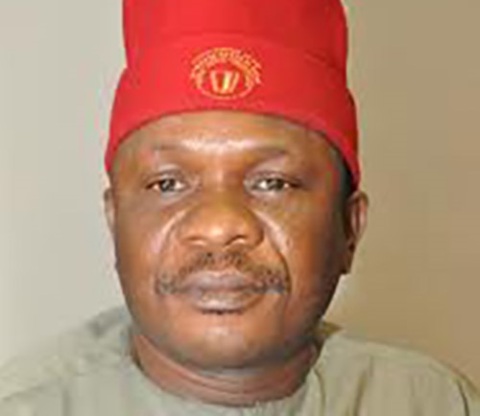 The ambition of Hon. Uzo Azubuike to serve a second term as the member  representing Aba federal constituency appear to be  going up in flames as protests have continued to mount over his bid to return to the House in 2015.

Addressing journalists at the end of its meeting in Aba on Thursday, President of the Aba Na Ohazu Youths Assembly, Kingsley Ogbonna accused the lawmaker of discriminating against the natives of the constituency which comprise Aba South and Aba North Local Government Areas in the provision of democracy dividends, job placements and distribution of political patronage.

“We are against the second term of Hon. Uzo Azubuike because he has continued to discriminate against us, the indigenes since he was elected to the House. He does not recognize our people in job opening, political appointments and delivery of dividends of democracy. Hon. Uzor Azubuike has betrayed the confidence we had in him. We have resolved to support one of their own or any other person we trust in 2015. We can’t continue to use our votes to enrich people while Aba federal constituency is not being developed.”

The Youth President lamented that his organization which he claims, stoutly supported Azubuike during the 2011 elections have nothing to show for it as the lawmaker has shunned several requests to have a meeting the group.

He disclosed that his group would soon organize what he termed ‘Meet the People’ session where elected representatives from the constituency will give account of their stewardship and added that the event will also feature a session where aspirants from different political parties would present their programmes and policies to enable the electorate take the best choice at the general elections.

Recall that another group, under the umbrella of Youths of Aba North and South federal constituency had on Wednesday protested against Azubuike’s return to the House.

Presenting their grievances before the Special Adviser to the Governor on Special Duties, Chief Ukpai Agwu Ukpai who represented Gov. Theodore Orji at the gate of Government House, Umuahia, the placard carrying youths which numbered over 1000 lead by their spokesman , Andrew Okechukwu,said the decision was reached after the meeting of the Aba Peoples Movement in which they resolved that “no non- indigene will represent the constituency again in the House of Representatives since they have qualified people capable of representing them

“For 16 years now, we have not been given a chance to speak”; “Let an indigene represent Aba people at the House of Representatives”; “Uzor Azubuike, Aba People are ready for you, leave us alone. Enough is enough,” some of the placard read.

The group warned aspirants like Azubuike who hails from Isiala Ngwa North, Chief Ossy prestige from Abiriba in Ohafia LGA, who does not hail from Aba North or Aba South LGAs to go to their respective

Federal Constituencies and contest the elections.

Okechukwu lamented that since the return of democracy in 1999, that no indigene of any of the two local governments that make up the Aba federal constituency has represented the area in the House of Representatives.

While receiving the protesters at the gate of government house, Chief Ukpai who commended them for conducting themselves in a peaceful manner, assured that their complaints will be taken to the governor who was away on national duty.

When contacted, Azubuike who chairs the House Committee on Public Petition said he has no comment on the development. “I have no reaction; it’s their right, we are in a democracy,” he said.

247ureports.com gathered that Azubuike represented Aba Central state constituency for eight years in the Abia State House of Assembly where he rose to become the deputy speaker and was elected to the House of Representatives in 2011. He succeeded Hon. Nnanna Uzor Kalu, younger brother to former governor, Chief Orji Uzor Kalu from Igbere in Bende LGA who spent eight years from 2003 to 2011.