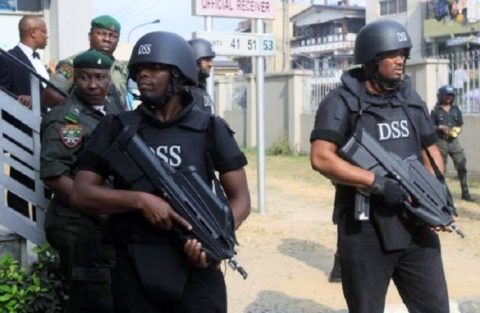 Security agencies have been alerted over the fear of possible renewal of   communal clash in the boundary dispute between Ikem and Neke communities in Isi-Uzo local government area of Enugu state.

It could be recalled that sometime in April this year, the two communities engaged in warfare over ownership of parcels of land in their border at Ugwuokwnane, which resulted to the death of one man and another man’s arm amputated while many others sustained various degrees of injury.

In a petition to different security agencies such as the Nigeria Police, the Department of State Security, DSS, and the Nigeria Civil Defence and Security Corps, NCDSC, the traditional rulers of the four autonomous communities in Ikem together with the President General of Federated Ikem Improvement Union, FIIU, Chief Greg Ugwueze alerted the security agencies of the renewed threat to the fragile peace by some members of Neke community.

The Ikem community had alleged that Neke youths have violated a ceasefire truce brokered by the security agents by embarking on continued harassment of Ikem people at their farmland outside the areas in contest.

The Ikem community cited instances of Neke youths preventing Ikem farmers from cultivating their land at Ugwuatu-Isioroto in Ogor and some parts of Umuaram.

Ikem further alleged that on August 1, 2014, some Neke youths prevented the family of one Gideon Odo from harvesting their cassava farm near Isi-Uzo Technical college Ikem that is far away from the “disputed” area at Ugwuokwunane and made away with the harvested crop.

Ikem community in the petition said that in other to avoid a repeat of the past clash, it has prevented its people from any form of confrontation against Neke community on their renewed insurgence.

“We must inform you that Neke people are poised for total war with Ikem. They have stockpiled arms and ammunitions in their place and are just looking for any excuse or little reaction from our people to attack,” alleged Ikem community.

The Ikem community prayed with the security agencies to call Neke people to order while investigation into the Neke criminal activities be carried out and culprits brought to justice.