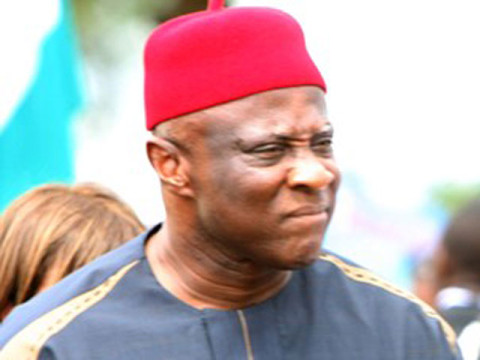 Ahead of the 2015 general elections, a frontline governorship aspirant in Imo state, Capt. Emmanuel Iheanacho (rtd), says he has no regrets joining the All Progressive Grand Alliance (APGA) in the state.

While dismissing reports making the rounds that he regretted joining APGA over the leadership crisis bedeviling the party, the former minister reiterated his determination to contribute towards repositioning APGA to enable the party reclaim the state.

The Emekuku- born politician renewed his commitment to reconcile chieftains of the party to work harmoniously towards actualizing the common desire of getting ‘Imo Back to Work’.

A statement made available to 247ureports.com titled, ‘No Regret Joining APGA’, reads: “The attention of Captain Emmanuel Iheanacho has been drawn to a front page story of Wednesday May 14, 2014-Monday 19, 2014 edition of Red Parrot, an Owerri based newspaper which ascribed a deceptive but unfounded comment, ‘ I regret Ever Joining APGA’ to him.”

According to the statement, “Aside lacking the basic ingredients of journalism practice, the said news story largely formed part of the orchestrated ploy by some political detractors to dampen the unwavering spirit and genuine intention of Capt. Iheanacho to reposition APGA and ensure that its chieftains work collectively with Imolites to actualize the common objective of getting ‘Imo Back to Work’.

“Before joining APGA, Captain Iheanacho consulted widely at all levels both within and outside the state. He was absolutely aware of the leadership tussle bedeviling the party before resolving to contribute his quota towards addressing the problem. His valuable and impressive input so far to this effect has no doubt yielded positive results in Imo APGA. This singular commitment exhibited by Capt. Iheanacho has today marked a turning-point in rebuilding the party ahead of 2015 general elections.

“There is no gainsaying the psycho-surgical diagnosis which APGA is presently subjected to undergo under Capt. Iheanacho has deeply rekindled the lost confidence of Imolites to again believe in the party. This very development is not unconnected with the recent position of some political pundits attributing the party’s present strength and posture to Capt. Iheanacho’s membership. Today, APGA is being returned to its glorious path for victory in Imo.”

The statement urged APGA members, supporters of Capt. Emmanuel Iheanacho and the entire Imolites to disregard the unfounded publication as nothing close to that comment was uttered by him stressing that Iheanacho remains committed and resolute to returning Imo to the path of economic growth, job creation, rule of law, genuine and sustainable infrastructural development of the state.

“Capt. Iheanacho strongly believes that the APGA platform would usher him to the position of authority to deliver these dividends of democracy to Imo people remains APGA. Together, we shall get Imo Back to Work,” the statement concluded.