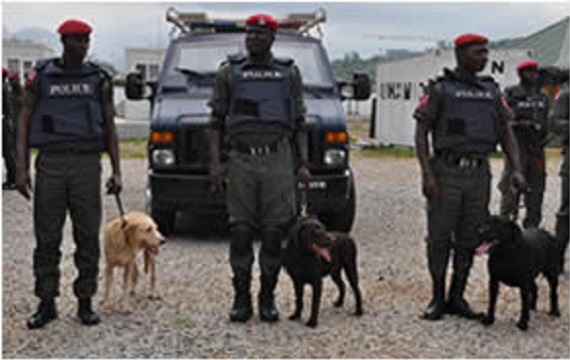 The most serious human rights abuses during the year were those committed by Boko Haram.” 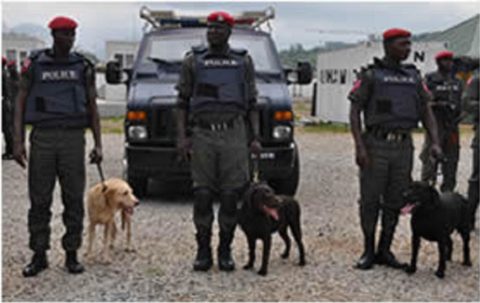 A new report by the United States has described Nigeria as a country where corruption, official impunity, and gross human rights violations occur at will.

The report described the human rights violations to include extra-judicial killings, rape, torture, mistreatment of detainees, destruction of property, violence against women, vigilante killings, child labour, forced and bonded labour, and discrimination based on sexual orientation.

This assessment of Nigeria is according to the 2013 Country Report on Human Rights. The report, which is now in its 38th year, is sanctioned by the U.S. Congress. It, amongst other things, helps inform the U.S. government policy and foreign assistance.

According to the report, the terrorist group, Boko Haram, and the Nigerian Government are the worst perpetrators of human rights abuses in the country.

“The most serious human rights abuses during the year were those committed by Boko Haram, which conducted killings, bombings, abduction and rape of women, and other attacks throughout the country, resulting in numerous deaths, injuries, and widespread destruction of property; those committed by security services, which perpetrated extrajudicial killings, torture, rape, beatings, arbitrary detention, mistreatment of detainees, and destruction of property; and widespread societal violence, including ethnic, regional, and religious violence,” the report said.
The report came hard on the Goodluck Jonathan administration for institutionalising impunity with the state pardon granted to serial money launderer and former governor of Bayelsa State, Dipreye Alamieyeseigha. It also said the Nigeria government has displayed no willingness to prosecute soldiers and police officers accused of gross human rights violations.

The 55 pages report makes specific reference to the refusal of the government to prosecute members of the armed forces found to have perpetrated extrajudicial killing and torture in clear disregard of the recommendation of The National Human Rights Commission (NHRC) and the Committee against Torture.

“During the year joint task forces (JTFs), composed of elements of the military, police, and other security services, conducted raids on militant groups and criminal suspects in the states of Adamawa, Bauchi, Borno, Gombe, Kano, Kaduna, Kogi, Plateau, Sokoto, Taraba, Katsina, Jigawa, and Yobe. These raids resulted in numerous deaths of and injuries to alleged criminals, militants, and civilians. Local NGOs, international human rights groups, and political and traditional leaders in the affected states accused the security services of indiscriminate and extrajudicial killings.

“The national police, army, and other security forces committed extrajudicial killings and used lethal and excessive force to apprehend criminals and suspects as well as to disperse protesters. Authorities generally did not hold police accountable for the use of excessive or deadly force or for the deaths of persons in custody. The reports of state or federal panels of inquiry investigating suspicious deaths remained unpublished.”

Inhuman and degrading treatment or punishment

The report frowned at the technique of “parading” of suspects commonly used by the police. It observed that most of those paraded are subjected to public ridicule or abuse.

“Bystanders often hurled taunts, food, and other objects. Police defended this practice with the argument that public humiliation helped deter crime,” it said.

It further observed that police flagrantly extort money from civilians and in blatant violation of the law. They use torture to extract confessions from suspects, which are later used to secure convictions in court.

The report indicts the police of rape and other sexual offences of women in their custody. In one example in Abraka in Delta State, in March 2013, a woman said four men raped her while she was in police custody. She said the police had put her in the same cell as the men. She accused the police of failing to help her. According to her, the investigating police office told her to keep quiet about the incident.

The report described a horrid condition of the country’s prison. It said the prisons are mostly over-crowded and in such deplorable states that they provide fertile breeding grounds for communicable disease. It said prisoners are poorly fed and their health neglected.

For instance, it observed that inmates with mental illness are kept among the general population. Prison warders are also accused of widespread torture, extortions, and sexual abuses such as rape of female inmates.

“Prison and detention center conditions remained harsh and life threatening. Prisoners, a majority of whom had not been tried, were subject to extrajudicial execution, torture, gross overcrowding, food and water shortages, inadequate medical treatment, deliberate and incidental exposure to heat and sun, and infrastructure deficiencies that led to wholly inadequate sanitary conditions and could result in death.”

“Reports indicated guards and prison officials extorted inmates or levied fees on them to pay for food, prison maintenance, and prisoner release. In some cases female inmates faced the threat of rape. Female prisoners pregnant at the time of incarceration gave birth to and raised their babies in prison,” it added.

“Although the law prohibits the imprisonment of children, minors–many of whom were born there–lived in the prisons. A 2006 report on the rights and welfare of children from the Federal Ministry of Women’s Affairs to the African Union found an estimated 6,000 children lived in prisons and detention centers. The Nigerian Prison Service reported, however, that as of March, 69 infants resided in prison with their mothers while 847 juvenile inmates were detained in juvenile detention centers.”

The report observed that though the freedom of speech and a free press are guaranteed by the constitution, high-handed security and government officials still occasionally harass journalists.

The report made a case in point of the December 2012 raid of the homes and offices of the editor Musa Muhammad Awwal and reporter Aliyu Saleh of the Hausa-language weekly newspaper Al-Mizan, confiscating their phones and laptops as well as detaining the journalists and their wives.

“Politicians and political parties harassed and attacked journalists perceived as reporting on them or their interests in a negative manner. For example, on April 8, authorities in Abuja detained two reporters for Leadership Newspaper, Tony Amokeodo and Chibuzor Ukaibe, following the publication on April 3 of an article alleging that President Jonathan had ordered the disruption of operations of his political opponents. Authorities charged the two men with “vexatious publication.” All charges were later dropped.

“Journalists also were at risk of abduction. For example, in March assailants in Ondo State abducted a Nigeria Television Authority journalist, Olubunmi Oke, as she arrived home from work with her infant child and maid. The child and maid were later released. Media reports stated that the assailants had demanded an eight million naira ($50,240) ransom. Oke was freed after three days, following the payment of an undisclosed ransom.”