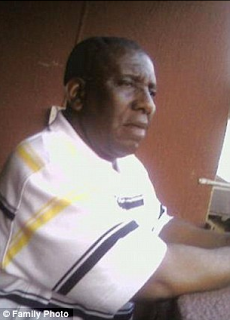 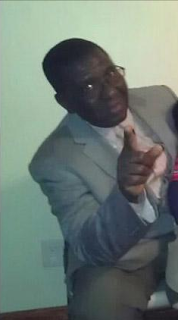 A Nigerian cab driver living in New York has been killed trying to make a living and support his family. He was killed by a passenger who savagely stabbed him in the eye with an umbrella in Brooklyn. He was a dedicated father of five who worked to help his family find a better life, a relative said Friday.
Orji-Ama Uro, 54, had just let a man and a woman out of the livery cab on Thomas S. Boyland St. in Brownsville when the pair began to argue with the driver about 5 p.m. Thursday, police sources said.
The man, believed to be in his 20s, then jabbed the umbrella through Uro’s right eye, piercing his brain, before the cabbie hit the gas and crashed into a couple of parked cars outside a Lott Ave. home, sources said.
“The scene was gruesome,” said Fernando Mateo, president of the New York State Federation of Taxi Drivers. “His face was just exploded with blood.”
As the suspect sprinted away from the scene, the woman, who was carrying a white bag, calmly walked away. The murder weapon was not found.

Investigators were still trying Friday to determine the motive behind the brutal attack.

Detectives initially suspected Uro had been robbed, but he still had a wad of cash in his pocket and a cell phone, sources said. His wallet was found in the glove compartment.
Mateo said Uro’s car, which had New Jersey license plates, had a sticker from a nearby taxi company, but he was no longer officially working for them. It was not clear if Uro was working illegally to dodge taxes and insurance payments, or if he had been stripped of his driving privileges. But Mateo said that didn’t matter. “You know, everyone is trying to hustle for a living, but no one deserves to lose their life,” he said.
Uro emigrated from Nigeria with his five children about 10 years ago, said his sister-in-law, Chinedum Agwu. “He came for a better life,” said Agwu, 30. She said Uro worked long hours as a cabbie so he could support his family, but he was always nervous about the dangers that came with the job. “He wanted to stop doing that and find something else, because it’s a dangerous job,” Agwu said. “He worried about being killed a lot. And we worried, too.”
Mateo’s group and community organizers are offering a $5,000 reward for any information leading to the suspects’ arrest.
“This is an outrage for our community,” said activist Tony Herbert. “We are sick and tired of these senseless murders in our community.” 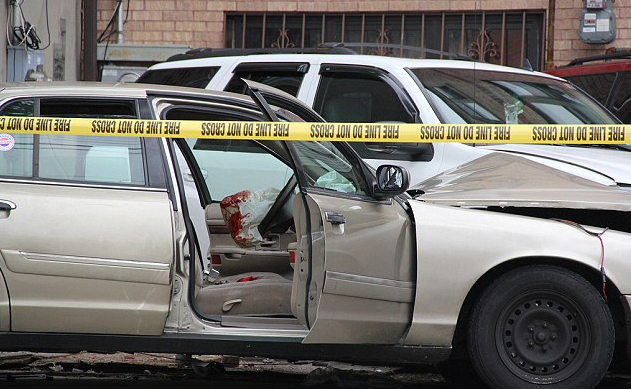