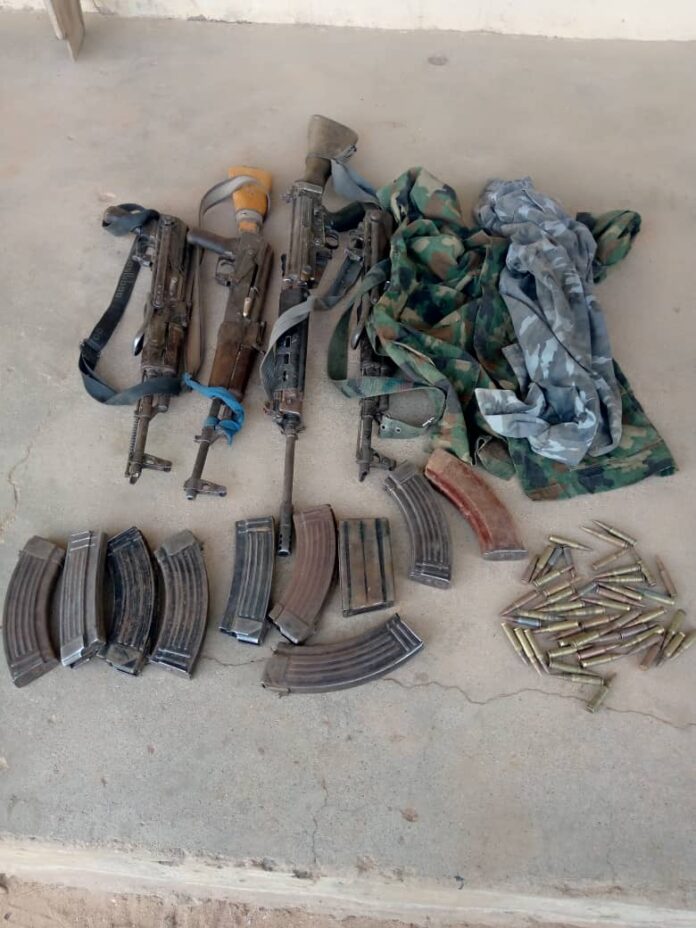 Bauchi State Police Command has uncovered the armory of suspected kidnappers and recovered arms and ammunitions In its recent sustained operations, which in recent days recorded a tremendous success by denying the miscreants a breathing space to carry out their nefarious activities in the State.

Police Public Relations Officer SP Mohammed Ahmed Wakil stated this in a statement he distributed to reporters in Bauchi, He said “Operatives attached to the command acted on credible intelligence and uncovered an armory of suspected kidnappers.

Wakil said “On the 22nd January 2023, a patrol team attached to Liman Katagum Divisional Police headquarters led by the DPO while on patrol around the Tudun Wada area of Liman Katagum, Bauchi LGA.

He said, “an underground armory was uncovered, and the following items were recovered, Three (3) AK47 rifles, One (1) LAR rifle, Forty-nine (49) rounds of 7.62mm ammunition, Nine (9) AK47 magazines
One (1) pair of army camouflage jacket
One (1) pair of Police camouflage trousers”.

While commending the operatives, the Commissioner of Police CP Aminu Alhassan ordered round-the-clock surveillance around the area in a bid to arrest the miscreants