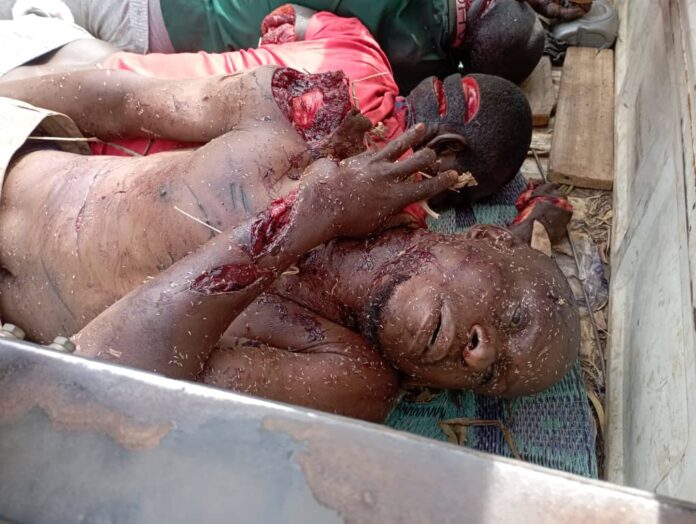 An aggrieved parents Mr. Alexander Adimanyi and Elder Ogwuche Adimanyi, has petition the Nigeria Police Command, Makurdi, the Benue State Capital to among other prayers investigate the state government over the gruesome murdered of their Son Ogwuche Adimanyi Jr. and his brother in – law in Adaka community in the outskirts of Makurdi on the 16 the December, 2022.

In a petition to the Police Command Makurdi, made available to Newsmen in Abuja on Thursday, dated 13 January 2023, signed by Alexander Adimanyi and Elder Ogwuche Adimanyi the deceased along with his in – law Raphel Enemari and a native of Adaka village, in Makurdi had gone to inspect and secure a farm land, on lease preparatory to the next farming season.

” Having received the information quite late in the evening that the deceased had not return, the parent decided to send one Enokela Idoko to Adaka village , the next day 17th December ,on getting to the scene of the crime the Divisional Police Officer ( DPO),  ‘ D’ Division Makurdi and his Team alongside the search party, went to the scene where my late son , alongside , my son’ s brother in – law  Raphel Enemari and a native of the Community who went to show them the land were discovered ”

The petition further stated that “My Son was not only killed but stripped of all the Valuables on him. His blue Honda ACE 110 Motorcycle with Eng. No. JA4090KN 057449 with plate number WNN 586 US ride the Scene by the deceased, his Automated Teller Machine (ATM) , Card”

“The body was deposited at the Federal Medical center Makurdi Morgue on the same day it was recovered and have subsequently been buried on the 22December 2022, after obtaining a police permission at Aija You village , Otukpo Local government area, Benue state.”

The family in their petition prayed the police and other relevant Authority to use their offices to investigate this crime to bring it to logical conclusion and bring the murderer ( S) to book , recover all the Valuables that were removed from my late Son at the crime Scene” the Adimanyis demanded.

The petition apparently may have set the state Government on collision with the Governor of Benue State, Mr. Samuel Ortom who in a statement by his media aide Terver Akase, claimed Fulani Herders were responsible for the gruesome murder of Ogwuche Adimanyi Jr and the two others.

Tervse Akase, had in a statement two days after the murderer issued an statement that ” The latest attack,  coming barely two Months after similar, separate attacks in Gbeji and Ukohol Communities in Ukum and Guma Local government areas, that suspected Fulani Herders have again attacked Adaka community, about 20 kilometers on the outskirts of Makurdi, the Benue state Capital”

The Adimanyi family has described the haste with which the state Government issue the statement as mere diversionary tactics and politicisation of the gruesome murder of suspected Tiv community in Adaka.

“The state Government would do well to show the number they claimed were shot, because the area they were murdered is surrounded by villages. We leave that for the police” Alexander Adimanyi, decline further comments.