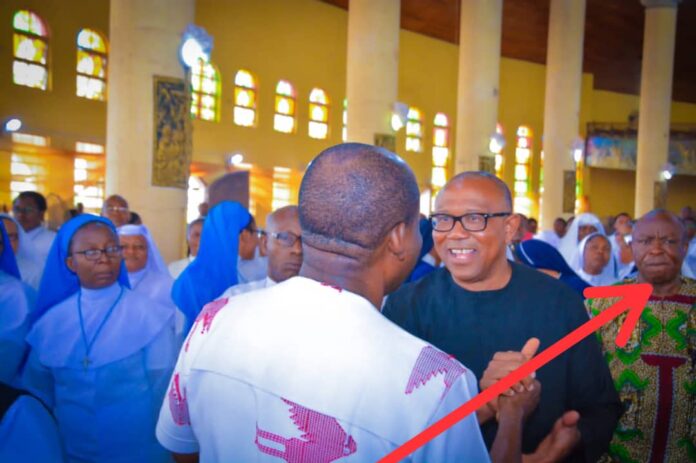 It was a bizarre scene at the Cathedral Church of St. Patrick’s, Awka, Anambra State, as the 2023 Labour Party senatorial candidate for Anambra Central, Senator Victor Umeh was captured with an ‘unpalatable’ facial expression while Anambra State Governor, Prof. Chukwuma Soludo exchanged a brotherly hug with the presidential candidate of the Labour Party, Mr. Peter Obi at a function on Thursday.

The incident happened at a special thanksgiving mass to mark the 70 years birthday celebration of the Catholic Bishop of Awka Diocese, Most Rev. Paulinus Ezeokafor, which the three political figures among many other dignitaries graced with their entourage. 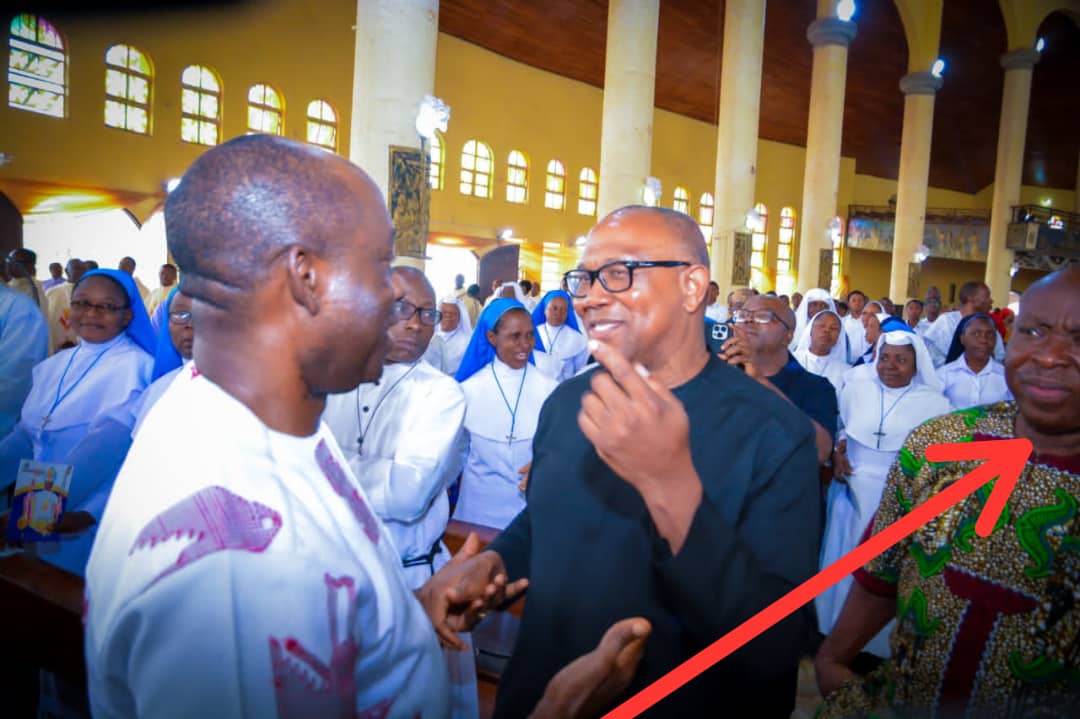 It would be recalled that Soludo and Obi have been trending on the media for the past two weeks, following a purported rift between the duo, over a comment the former made on the latter on a television show.

The said comment did not only trigger what would be best described as media war among the supporters and loyalists of the two Anambra sons, but also made many to start perceiving there is a serious animosity between the two.

However, amid the purported rift, Soludo and Obi embraced fraternally when they met at the Bishop Ezeokafor’s birthday thanksgiving mass which held in Awka, to the amazement of many, especially some members of the Labour Party (LP) and the All Progressive Grand Alliance (APGA) who had already started seeing the two brothers as worst enemies.

It was, however, also eliciting to many that a former National Chairman of APGA and now senatorial candidate for Anambra Central under LP, Chief Victor Umeh was captured with an ‘unpleasant’ and ‘hideous’ facial expressions right inside the church during the said hug between Obi and Soludo.

This has elicited different reactions from some Nigerians who saw the uncommon expressions as very obvious and too loud to be ignored. While some people interpret the said expressions to imply discomfort and unhappy; some others interpret it to imply such words as “Chaị!”, “You eh…”, “I’m shocked”, “I’m disappointed”, and “So, after everything…”; while some others interpret it to simply imply Umeh’s admiration of the warm embrace, maturity and spirit of brotherhood exhibited by the two brothers.

It should not be forgotten that Chief Umeh, who is a former Senator under APGA, had earlier lost his aspiration to return to the National Assembly under APGA, which made him to decamp to and clinch the available ticket of LP to still pursue, realise and actualise his senatorial aspiration in the 2023 general election.

Many have also opined that his facial expressions during the viral Thursday hug is not unconnected with his perceived long-standing anger against Gov. Soludo over his (Umeh’s) unexpected loss of the APGA senatorial ticket to Hon. Ferdinand Dozie Nwankwo in the state where he (Gov. Soludo) is the Leader of the party.

It was, however, not verified whether Umeh had any of the assumed interpretations of his facial expressions in mind, as his phone number was not connecting, as at the time of filing this report. 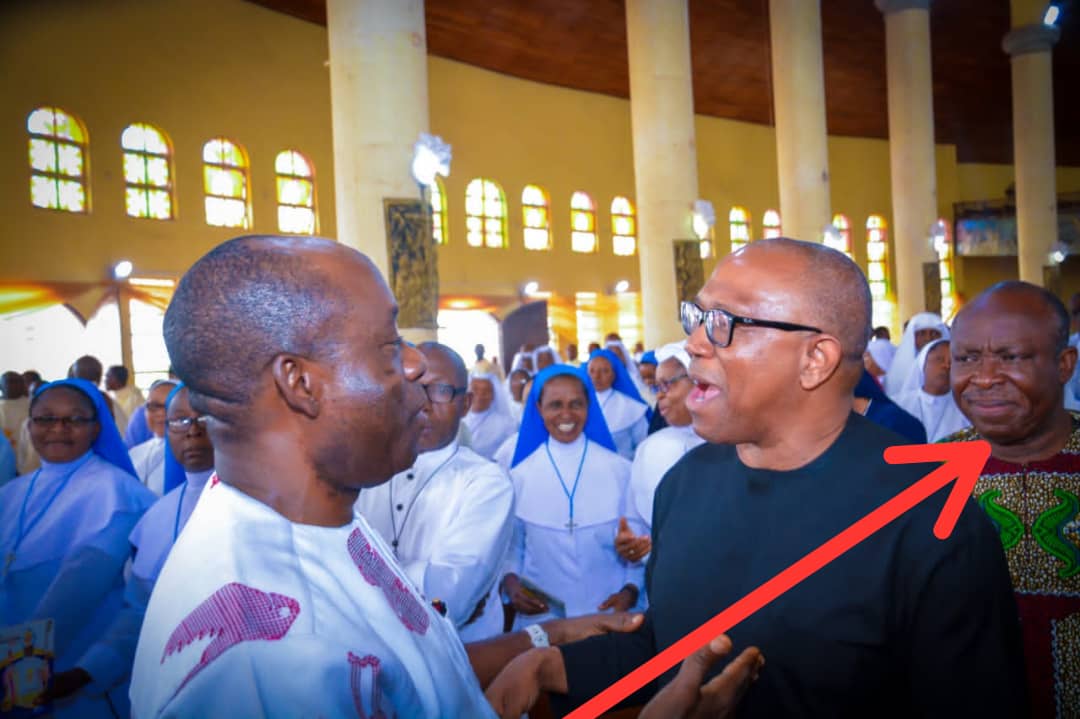