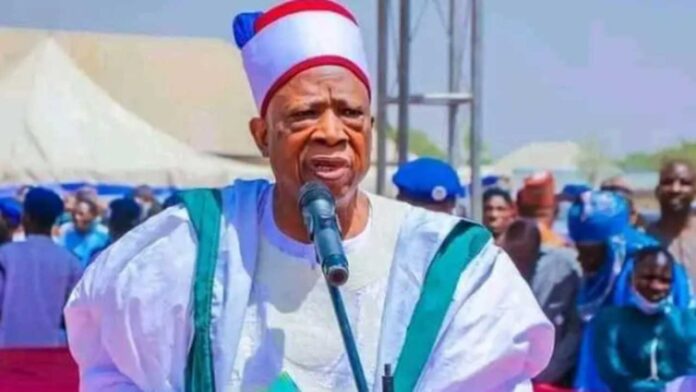 There are also fresh indications that the approval of housing and vehicle allowances for members of the National Working Committee of the ruling All Progressives Congress is causing disquiet among the staff at the party’s national secretariat.

The development came in the wake of protest by workers who claimed they were still owed September salary.

The “sacked” directors said in a statement that the chairman had disregarded the cashless policy and taken N3 billion from hidden accounts instead.

Recall that Adamu in April 2022 ordered all departmental directors at the party’s headquarters in Abuja to proceed on indefinite suspension over allegations of corruption.

It was reported that Adamu had since replaced the directors.

As soon as he took office on April 1, Adamu established a transition committee under the leadership of Ali Saad Birnin Kudu, a former governor of Jigawa State, to look into the handover notes of the previous caretaker/extraordinary convention planning committee headed by Mai Mala Buni, the governor of Yobe State.

According to the claims, the committee’s recommendations led to the dismissal of the directors.

It was learned that all attempts to return to their positions, including a letter dated July 20, 2022 asking the National Executive Committee (NEC) for assistance, were unsuccessful.

Aljazirah Nigeria gathered that the compulsory one-month leave given to them started on April 22, and ended on May 22, 2022, but they were not allowed to return to their offices.

At a press conference recently,  Adamu, a former governor of Nasarawa State, accused the directors of corruption and claimed that the governor Mai Mala Buni-led Caretaker/Extraordinary Convention Planning Committee had left a debt to his government of N7.5 billion.

However, the transition committee did not propose their dismissal, making them still valid party employees who are entitled to their benefits, according to the statement signed by the five “sacked” directors and the head of legal.

They asserted that Adamu’s allegation that he inherited a N7.5 billion debt from the Buni committee was untrue and that he instead opened secret accounts without the NWC’s consent, from which he withdrew N3 billion in violation of the cashless policy.

Part of the statement reads: “Allegation of corruption at the secretariat. This allegation is groundless and unproven. The withdrawal of N3,000,000,000 (three billion naira) in cash from some secret accounts that were reportedly opened without a resolution of the current  NWC, or approval by the National Executive Committee (NEC),  did not happen when the directors and head of legal were in office.

“An explanation of this anomaly and breach of the cashless policy by the national chairman is desirable lest unwholesome allegations fly around.

“We are compelled to respond to some of his claims, which are totally unfounded, to keep the records in the public domain accurate, thus making same a reliable source of reference in the future.

“We can simply say that there were no ghost workers in the APC secretariat during the tenure of the Caretaker/Extraordinary Convention Planning Committee. To substantiate the claim of the existence of ghost workers, their names and total number should be published by the chairman (Adamu).

“There is no substance in the claim that there were arrears of staff salaries when the current leadership of the party assumed office.”

“This is because staff salaries were paid up to the end of March 2022 to ensure that the new leadership of the party comes in on a clean slate regarding staff salaries. The staff can testify to this fact. It is therefore incorrect to say that the Abdullahi Adamu team inherited any salary arrears.”

In the last two weeks, the media has been awash with reports of their alleged dismissal and replacement with others.

Defending his action at a media parley, Adamu disclosed that the move was to sanitize the system.

He also denied allegations that he appointed his cronies as replacements.

While noting that he met systemic corruption, people who were tardy in their jobs and a register containing over 200 names that included ghost workers, the APC chairman said it was impossible for him to overlook such anomalies.

The sacked directors, however, contended that their removal was premeditated.

A former Director of Administration of the party, Abubakar Suleiman, accused the Adamu-led NWC of failing to disclose their ‘sin’ before forcing them into ‘compulsory annual leave’.

He said, “Adamu lied. Nothing went wrong. The secretariat was in good hands. What necessitated his decision was not known to us or anybody. It was an agendum. Nobody was indicted. I am sure you must have heard the accounts of other directors too. Nothing went wrong anywhere.”

Asked about Adamu’s claim of N7.5bn, he dismissed it as non-existent.

He said, “As directors, we didn’t approve anything. Our job was to implement. If the party feels otherwise, let the EFCC or other anti-corruption body be invited to investigate the APC accounts, including the secret ones being operated by the party leadership.”

He, however, declined to speak on the allocation of cars and housing allowances to NWC members.

A member of the NWC and Deputy National Chairman (South), Emmanuel Enekwu,  refused to confirm or debunk the report.

Rather, he threw his weight behind some ongoing reforms being undertaken by the leadership of the party, saying being paid allowances had nothing to do with staff salaries.

“I don’t want to say anything about that. Your source in the secretariat should be able to buttress his claim with substantive evidence that we received such allowances.

“They have not paid them (workers) salaries, yes I agree. But it is a problem from the bank, not that they don’t want to pay them. It is a long issue.

“If they pay NWC members allowance, does it have anything to do with their own salaries? Are we on the same level?  They are permanent staff; we are there to serve for four years. So they shouldn’t equate themselves with us. That is not to say Adamu approved anything anyway.

“Secondly, it was because we have a lot of ghost workers in the system. This is why we introduced on-the-table payment. You will go and collect so that they can be inspected and verified.

“You know some people will definitely not be happy with this development. It is a case of when you fight corruption, they fight you. So they are fighting back,” he stated.

When reminded that the sacked directors swore that the secretariat that the staff members were duly engaged with appointment letter, Enekwu disagreed.

“It is not true. I am the chairman of the committee set up for secretariat matters. Very few of them have employment letters. There are certain I may not know but I know there are ghost workers there,” he said.

Meanwhile, barely one month after they were replaced, Aljazirah Nigeria learnt from top party sources that Adamu and members of the NWC paid themselves four years allowances.

One of the sources said, “Adamu and the NWC members have paid themselves four-year allowances upfront. Of course, they are doing this because they know many of them can’t stay long in that secretariat and it is unfortunate many people are afraid to talk about it.

“We made N39bn just from the sale of forms at the convention, you won’t believe that by September (last month), the party leadership spent over N20bn out of it.

“If he contests it, let him bring details of the account rendered before those directors were subtly pushed out of the system. I read the reports from his interview with the media last week.

“There was nowhere in the handover note left in the care of the party leadership that N7.5bn was owed, as Adamu is alleging. Before the Adamu-led NWC took over, all arrears were cleared and salaries were not owed. It is on record that we were usually paid on the 25th of every month. What do we have now? They are just allocating allowances and buying themselves cars all over the place.”

Some disgruntled and pensive-looking staff told our correspondent that life had become unbearable for them under the current leadership of the party.

They said they were even more angered by the ongoing renovation at the secretariat, which they claimed was being done at the expense of their survival.

An administrative staff member confided in our correspondent that after their protest, the chairman only approved the payment of August salary.

She said, “They did not even give us any form of assurance when we will be paid our September salary. I must say things have been tough working under this current chairman.

“While we were still struggling to contend with being owed September salary, the leadership of the party brought in people to remodel the structure of the secretariat in order to give it a facelift.

“How do you leave payment of people’s salary and focus on the renovation of a building? It shows the party is not broke as they are trying to make us believe.”

Reacting to the developments, the party’s spokesperson, Morka, said the salary issue was being addressed by the leadership of the party. He attributed the problem to the audit system and internal mechanism of the party structure.

He stated, “As an institution, sometimes delay happens. It is not that it is intended to be the outcome. We are renovating the place to make it modern, nothing special. It is not restructuring and if we are renovating, it means we are not moving out soon.”

A former Deputy National Publicity Secretary of the party, Yekini Nabena, also expressed concerns over the non-payment of staff salaries, saying it was  time anti-corruption agencies were invited to probe the party’s account.

A worried Nabena stated that the ruling party until now was not known to owe workers, whether permanent or ad hoc, their remuneration.

“It is sad to hear that the party and those placed in charge of its operations cannot pay salary, especially after the N5m, N10m and N20m people raised to be part of the conventions held this year. It is very sad.

“And this is the peak that the ruling party has made so much money compared to any other time. If there is anything like that, the EFCC should be invited to investigate the party. There must be corruption going on there.

“If it has got to the stage where salaries are not being paid, the EFCC and other anti-graft outfits should investigate the party. There is something definitely wrong somewhere.”

The ruling APC had been heavily criticised following its failure to obey the directive of the President, Major General Muhammadu Buhari, to  refund payment for the Expression of Interest and Nomination Forms of over 126 disgruntled aspirants who participated in its March 26 National Convention.

Some affected aspirants said they had explored options to no avail, blaming the party’s National Chairman for the situation.

Depending on the category of the expression of interest and nomination forms, the 126 aspirants who contested various positions were made to cough up between N20m and N2.5m.

At the end of the exercise, the APC raked in well over N700m with an additional N3bn generated among stakeholders and party members ahead of the presidential primary