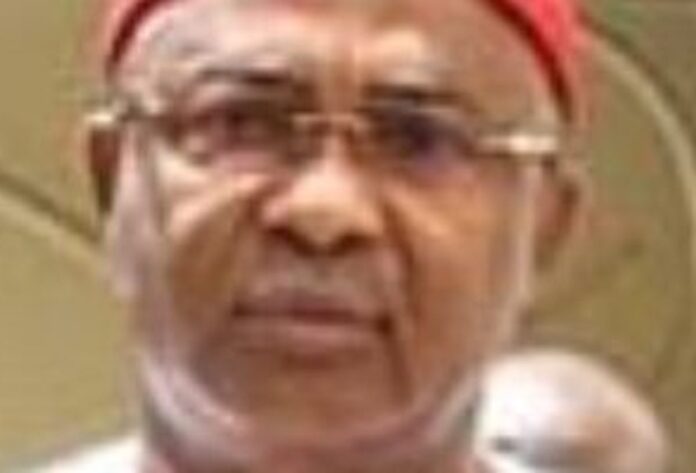 Governor of Imo State, Senator Hope Uzodimma has reminded People Living with Disabilities in Imo State that they are part of the reason for his administration and that no room will be given for any form of discrimination against them.

The Governor gave the assurance Thursday night when he received in audience the leadership of the Imo State Chapter of People Living with Disabilities who paid him a courtesy call at Government House Owerri.

Governor Uzodimma told them outrightly that he does not support discrimination against anybody, what is more against them “merely because  of their challenges,” noting that “those who are not challenged today may be challenged tomorrow.”

“No one knows who will lead the State and Country tomorrow,” the Governor said, and urged them not to feel they have any shortcomings as “what is needed for performance is mental strength and ideas.”

Besides, the Governor said, ‘’ideas rule the world.’’

He thanked them for finding time to visit him and for remaining resilient in their support to his government even as he reminded them that they have been friends and will continue to relate with each other as friends.

Governor Uzodimma promised to look critically at their request on employment waiver and assured that they will be “given equal opportunities.”

He said his government will work on their demand to accommodate them in the areas they will be best fitted and not necessarily their demand for quota “because waiver and quota will bring a type of stigma on you.”

The Governor also promised to take care of their request for Subvention through empowerment of their members on skills development so that “they will be self employed, self sustained and become employers of labour themselves.”

The Governor also promised to look at available options to deal with their request for a Bus.

He told their Leader and the Imo State Chairman of People Living with Disabilities, Chief Stanley Nwachukwu who is aspiring to contest the election of the National President of People Living With Disabilities, that he has always supported him and will support him again, noting that if “he succeeds it will be a boost to our Party, the APC both at the State and National level.”

Earlier while presenting them to the Governor,  Hon. Commissioner for Women Affairs and Vulnerable Groups,  Lady Nkechinyere Ugwu told the Governor that “People Living with Disabilities have been very supportive, reliable and trusted allies” of her Ministry and the the 3R administration from the beginning.

She said they were happy to meet with the Governor who is their Grand Patron.

In their address presented by the State Chairman of Joint National Association of Persons with Disabilities (JONAPWD),  Imo State Chapter,  Chief Nwachukwu, they acknowledged the “immeasurable acts of good deeds of Governor Uzodimma weaved around the 3R mantra of Rehabilitation, Reconstruction and Recovery,” noting that “Imo people have heaved a sign of relieved since the Governor came on board in Imo State.”

He however made request for payment of arrears of their subvention, employment waiver for members, bus for the association to enable them move around and even participate in forth-coming political campaigns of APC.

Present at the courtesy call were the Deputy Governor,  Prof. Placid Njoku, the Secretary to the Government of Imo State, Chief Cosmas Iwu, the Chief of Staff, Barr. Nnamdi Anyiaehie, among other top government functionaries.