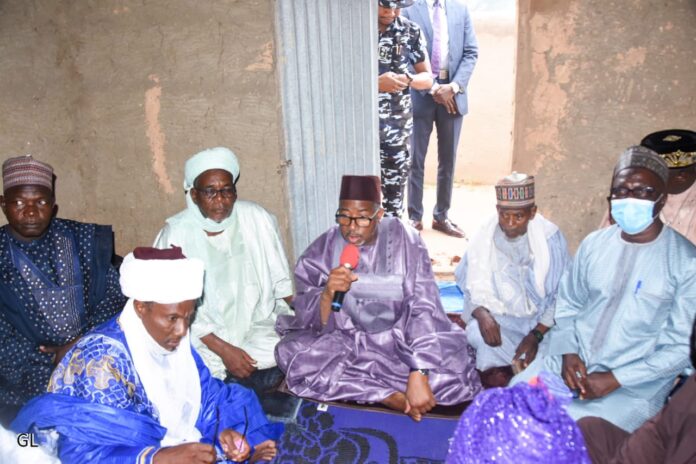 Advertisement
Dr. Ahmad Idris has returned from hiatus to launch a biased attack on Kauran Bauchi, claiming Kaura fraudulently engaged in a systematic  looting of the state treasury through proxy contract awarded to his political ally. One reason I stay away from accusing a politician of corruption is no politician is clean, including Ahmad Idris himself who resides somewhere far away from Nigeria.
The lopsided thing about his accusation is, he declined to speak about the massive looting of public treasury, and unexplained withdrawal of billions of naira as the MA administration was about to leave the scene. I have nothing to say to this vacuous allegation because if there is any evidence to prove his claim, EFCC operatives would have been deployed to Bauchi.
Dr. Ahmad Idris obsessed with publicity, is not there to speak about corruption in his own state, Adamawa. He is not there to speak about high profile corruption associated with most of the big names he hobnobs with. Has he been compromised? It seems so since journalistic ethics and fair hearing have largely been frowned upon as no independent investigative website has authenticated his accusation.
If you are eager to defame a unblemished person without proof, you may end up making a lot of strategic blunders that may not augur well for your reputation. Remember the conspiracy theories promoted in 2014 that Jonathan was sponsoring Boko Haram? Unfortunately, Ahmad Idris never provided any evidence, and does not live in Nigeria to provide proof either. How do you expect us to take you seriously?
It is the campaign times, and opposition research involves the art of damaging a candidate, using fake news. Has he said anything against Air Marshall? No. Sadly, Air Marshall Abubukar is not popular yet.
Bauchi voters are different. They understand nobody is perfect given the weakened institutions of Nigeria. Yet, they decided to stick to GovernorC Bala Muhammad because he is the only strongman in Bauchi who has what it takes to develop the state.
If Ahmad Idris thinks he can turn Bauchi people against the incumbent governor, Bala Muhammad, his informants have probably fed him with misleading information. He should try a different tactic because this one he used is not cogent enough to change the momentum.
Bashir Aliyu Limanci Writes from Bauchi