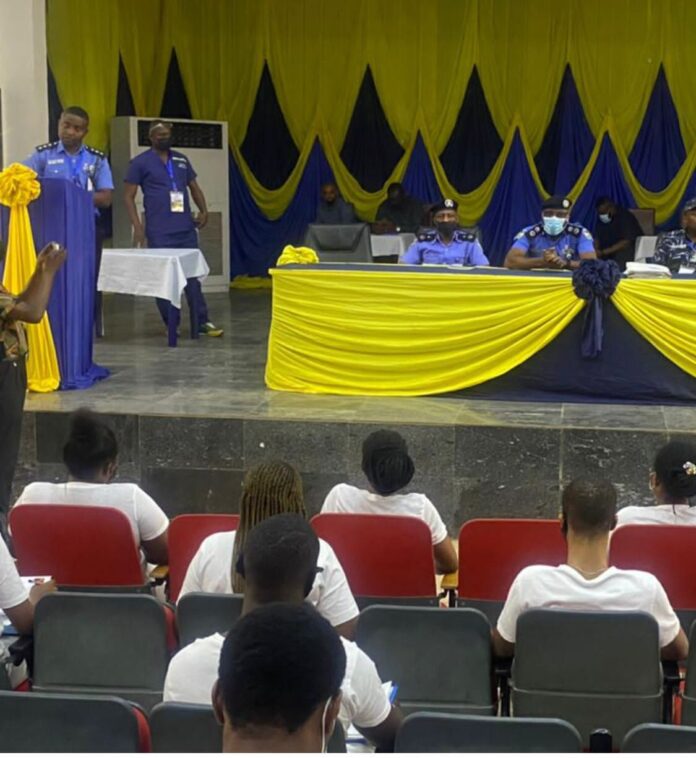 The Anambra State Police Command has announced the date, venue and time for the physical and automated credential screening of the 9th regular course intake of the Nigeria Police Academy Wudil Kano

The State Police Public Relations Officer of the Command, DSP Ikenga Tochukwu revealed this in a statement to newsmen in Awka, in which he also enumerated the items the candidates are expected to come with.

“Applicants are directed to come along with the following items: National Identity Card/slip, a copy of invitation slip, Local Government Identification Letter, birth certificate, original and photocopies of credentials, evidence of physical and mental fitness from a government-recognize hospital, evidence of good character from the head of the community, print out of the application profile page, they should appear on their white shirt and shorts with the said relevant documents.

“The Commissioner of Police Anambra State Police Command, CP Echeng Echeng, while wishing the candidates a successful exercise, reiterated that the screening exercise is free.