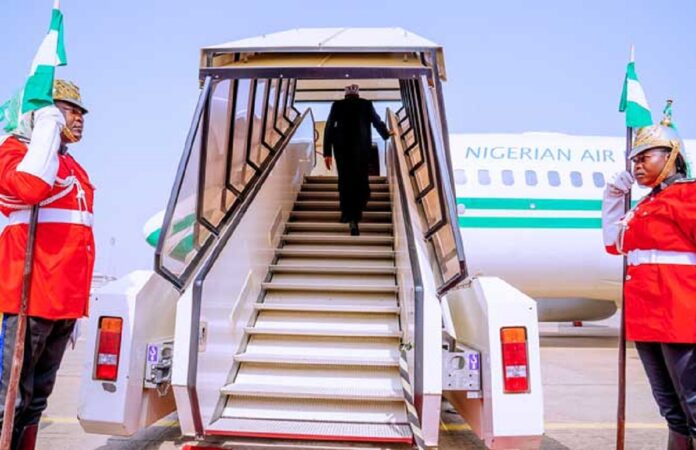 The All Progressives Congress (APC) senator who represents Bauchi North, Adamu Bulkachuwa, says many of his colleagues backed the impeachment move against President Muhammadu Buhari when it was raised.

Last week, the Peoples Democratic Party (PDP) caucus in the upper chamber of the National Assembly gave Buhari a six-week ultimatum to tackle rising insecurity in the country or risk impeachment.

Speaking on Channels TV on Monday, Bulkachuwa said the impeachment threat is the last and necessary option left for the lawmakers.

He said he and his colleagues had tried in many ways to help the executive and by extension the president to tackle insecurity in the country to no avail.

He said, “When we realised that all that have not actually worked, the security situation was getting worse and even the financial situation in the country is not improving, we thought we are just one arm of the government and we are limited in the execution of proposals and the actual enforcement of suggestions and laws; we are not responsible for all that.

“What we can do is try to draw the attention of the Executive (of the government) that we have tried everything and the only thing we have not tried is that we have to draw your attention to the fact that we have a constitutional responsibility to pull your ears at it were by way of notice of impeachment and give you a chance.”

Earlier, Elisha Abbo, another APC from Adamawa State, had publicly backed the impeachment plan, principally being driven by the opposition Peoples Democratic Party (PDP) members in the Senate.

Bulkachuwa’s comment came about five days after opposition senators, mostly PDP senators and their colleagues from other political parties, staged a walkout of Senate plenary in protest against the state of insecurity in the country.

Their exit was sequel to the decision of the Senate President, Ahmad Lawan, to dismiss a motion on insecurity and a plan to impeach the president raised by the Senate Minority Leader, Philip Aduda.

When asked if the six-week ultimatum given to the president was enough to tackle the growing insecurity in the country, Bulkachuwa hoped that “something could happen.”

He said Buhari had since then, “met with service chiefs and within the security apparatus, so many changes have occurred.”