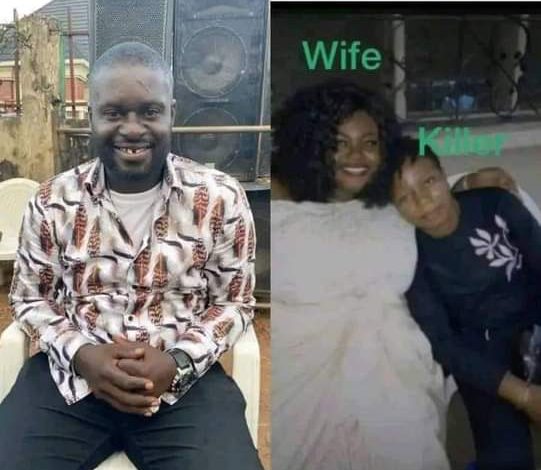 The Anambra State Police Command has confirmed the arrest of a middle-aged woman for allegedly stabbing a man to death in Onitsha, Anambra State.

It was gathered that the victim met his untimely death right inside his house when he bursted onto his wife enjoying hot sex with another woman on his matrimonial bed on Tuesday night, unknown to him that his wife whom he married three years ago is a lesbian.

This unexpected arrival and the consequent leak of the age-long secret made his wife’s lesbian partner to immediately grab a kitchen knife and start stabbing him on the chest, angered by a little wrangle that ensued.

According to reports, the man, simply identified as Ikechukwu, eventually died before he could be rushed to the hospital; while the suspected was arrested.

Confirming the arrest, the Spokesperson of the Anambra State Police Command, DSP Ikenga Tochukwu also revealed that the state’s Commissioner of Police has ordered immediate transfer of the case to State CID for a proper investigation.

He said, “We have a suspect in custody, and the Commissioner of Police, CP Echeng Echeng has ordered immediate transfer of the case to State CID for a proper investigation.

“Preliminary information shows that the suspect stabbed the victim on the chest. He was rushed to the hospital before he was confirmed dead by the doctor on duty.

“What brought about the suspect’s action has not been ascertained; meanwhile investigation has just begun.”