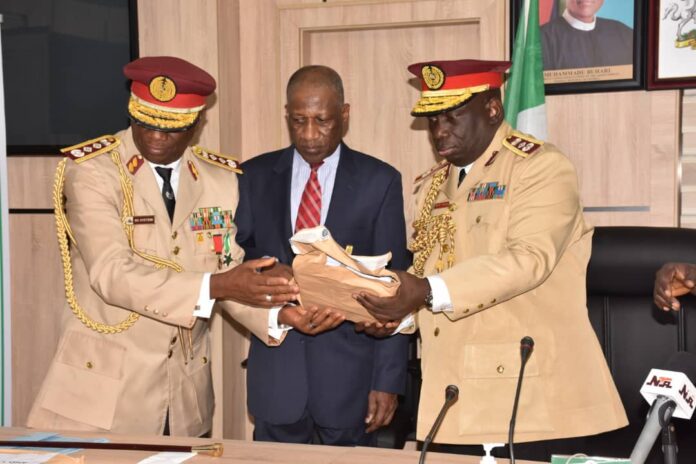 Pursuant to the recent change in the leadership of the Federal Road Safety Corps, the Acting Corps Marshal, Dauda Ali Biu whose appointment by the President Federal Republic of Nigeria, Muhammadu Buhari GCFR took effect from 24 of July, 2022 has charged Commanding Officers across board to caution Operatives under their purview against incivility, patrol misconduct and unprofessional behaviour in the discharge of their duties.

The  charge came during his inaugural virtual meeting with the High Command of the Corps on Thursday.

During the meeting, the Acting Corps Marshal directed the Commanding Officers to increase monitoring and supervision of Operatives, improve surveillance on all operational fronts and more importantly, engage Staff continually for sustained value reorientation.

He also, particularly directed the 12 Zonal Commanding Officers to with immediate effect visit component commands under their jurisdictions of influence, assess their immediate needs and challenges and forward reports of such visits to the national headquarters for urgent intervention.

He cautioned against all forms of extortion, bribery and corruption and any kind of misconduct by patrol men stating that his administration will not tolerate any manner of incivility towards members of the public, as well as any unprofessional conduct that will bring disrepute to the image of the Corps.

While speaking on the need for more visibility, he emphasised that field operations must be intelligence driven, and Personnel must be aware and understand the peculiar security challenges within their general operation areas and adjust operational activities to boost intelligence gathering.

The Acting Corps Marshal ended his charge by further directing the immediate reawakening of field operations for greater productivity putting into consideration, the constraints imposed by current security and economic challenges.