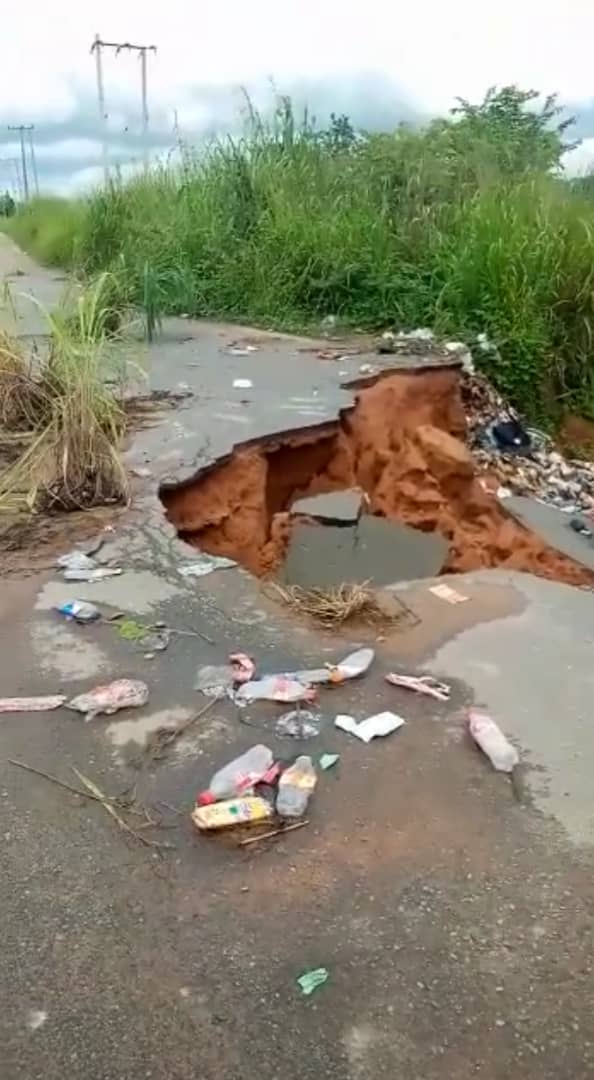 The Anambra State Commissioner for Environment, Hon. Felix Odimegwu has assured of government’s urgent intervention on the Ukpor-Nnewi Road Erosion Site, which has worsened and posed more danger, following the recurrent downpours and its resultant inundations in the area.

Reacting in a telephone interview, the Commissioner, who revealed that actions have been initiated about the situation, further disclosed that an inspection team would be visiting the site soon to take record for immediate response.

He further advised road users and denizens of the area to always exert caution while using the road or passing through the area, especially at the night.

Recall that the fast-expanding erosion site, which is located on a major link road that connects Ukpor Community in the Nnewi South Local Government Area to the Nnewi Commercial city, has long recently escalated, to the extent of nearly cutting off the road.

The site also currently poses a death trap to the road users, and has also been one of the major causes of accidents in the area, as some vehicles have recently crashed into gutters while trying to dodge the gully.

This has also elicited calls from the denizens of the area, for government’s urgent intervention, as they harp on the need for immediate action on the developing site to avoid its further deterioration, or even fatality and more doom resulting from it.