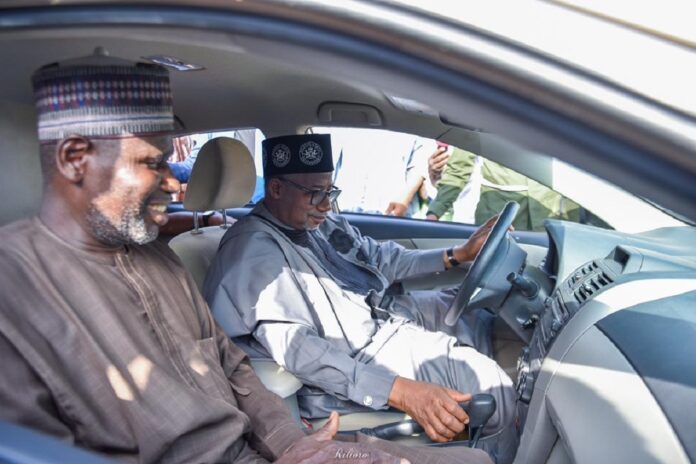 Advertisement
From Mohammed Nasir Shuaibu BAUCHI
Bauchi State Governor, Bala Mohammed has today doles out 59 brand new cars to the PDP stakeholders in the State as part of his campaign promises.
Accordingly, said that he has no fear for anyone but God the Almighty, takless of political opponents comes 2023 polls. Saying that “we’ve defeated them before when there in power, and we’ll defeat them now again by his grace, without any fear of leadership power or favour”,. 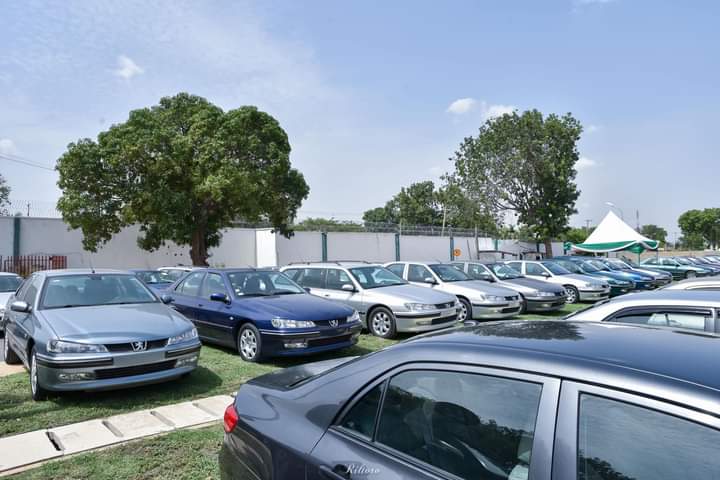 Mohammed stated this during the distribution of 59 new brand cars to the PDP party chiefs across 20 LGA held at Government House premises, Sunday in Bauchi.
According to the Governor, who said he has delivered 80 percent of his campaign promises, pledged to coplete the remaining 29 percent before the general elections.
He said, “We’re going to prepare morethern what we done in past, we’ll come out with our full forces to ensure victory of our party at every level in the State”,.
According to him “Elections is not a do or die affairs, saying we’ll obliged and scumb for peaceful conduct of elections and were also going to be ready for any negative action as well”,.
Mohammed asked his supporters to go to every knock and crenicks of the State to educate people against political lairs, political deceivers who wants to change their right thinking with peack promises.
He disclosed that PDP in yhe State is aware of their hidden agenda for commencing the circulation and distribution of forms in the name of support or grants from the federal goverment to the people, saying that “PDP will challenge them on that regard”, Mohammed stressed.
Earlier in his opening remarks, the PDP Bauchi State Chairman, Hamza Koshe Akuyam, thanked the Governor and commended him for his untidiness support to the PDP stakeholders in the State.
He called on the beneficiaries to judiciously use the cars for campaigning and assured the Governor of their total support in the forthcoming 2023 general elections.
Some of the beneficiaries from Bauchi and Dass LGAs expressed their gratitude over the gesture and promised to work hard for the victory of the Party coming 2023 in the State.
Our correspondent reports that the 59 cars which includes; Toyota Sallon and Pegout 406 were distributed among the party chiefs with State Exco 13
Zonal Working Committee 25
LG Cordinator 20 while the
New Chairman of Dass LGA got one respectively.