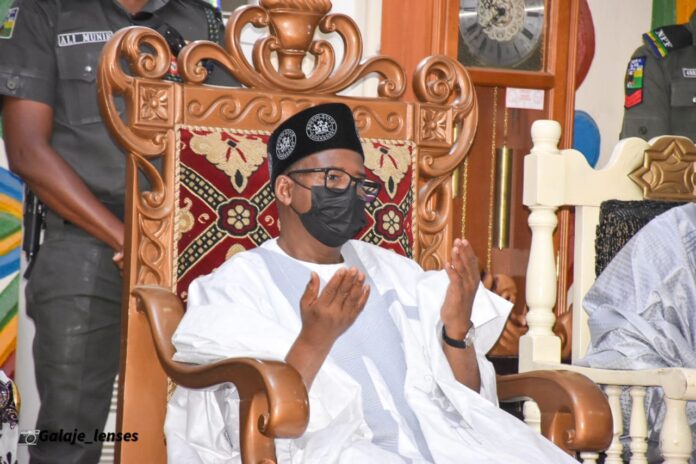 Advertisement
From Mohammed Nasir Shuaibu BAUCHI
A stalwart of the People’s Democratic Party (PDP) in Bauchi, Hon Muazu A. Hammayo, has observed that the governorship second tenure of Senator Bala Abdulkadir Mohammed is more prestigious than his presidential aspiration in the 2023 polls, judging by the governor’s first tenure tremendous achievements.
Speaking with our correspondent yesterday in Bauchi, Honorable Hammayo explained that the unprecedented achievements recorded by the governor during his past years of wonderful stewardship of Bauchi state is significantly unparalleled when compared to his peers in other parts of the federation.
“The people of Bauchi state are desirous of having the governor run for his second term tenure in office to infrastructure wise transform the state to enviable heights. Let’s give him the chance, support and cooperation to replicate what he has done in Abuja when he was the minister”.
Hammayo who holds the traditional title of Sardaunan Magajin Gwanin Misau cited example with the Bauchi International Hajj Transit Camp adjudged to be the first of its kind in the African continent, and the stereotype London University Teaching Hospital which establishment has just commenced in the state to buttress his claim.
He described as immeasurable the various socio-economic development projects which cuts across all facets of life Governor Bala Mohammed executed across the state within the past three years, asking “How could you imagine if he is mandated to have a second term tenure in office”.
Hammayo therefore appealed to the good and hospitable people of Bauchi state to fervently pray for Governor Bala second term tenure comes 2023 polls, and eventually on assumption give him all the necessary support and cooperation to give miracles during the period.
He also urged PDP leadership and other stakeholders at state level to give the governor all the necessary moral and financial support to enable him navigate all the inflexibilities of the 2023 polls, while choosing him a best running-mate for the saga.