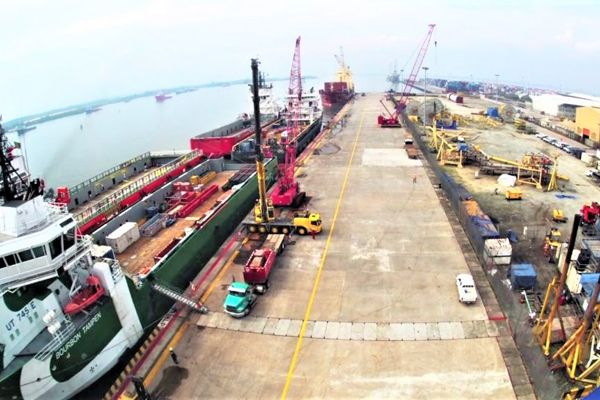 The “practising Fees” rackets stopped by the two industry regulators, the Council For The Regulation Of Freight Forwarding In Nigeria (CRFFN) and the Nigeria Shippers Council(NSC) have resumed at the terminals of West Africa Container Terminal (WACT) and the Onne Multipurpose Terminal (OMT).

The rackets resumed at the instance of the CRFFN accredited associations operating in Onne Seaport, led by the Association of Nigerian Licensed Customs Agents(ANLCA). ANLCA payment receipts are used to perpetrate these rackets.

Terminal users are forced to attach ANLCA payment receipts among other documents before their cargoes are finally released.

Monies realized from these rackets are shared between the CRFFN accredited associations in Onne Seaport, with a percentage given to the terminal operators.

CRFFN had in a letter dated 3rd September, 2013, with reference number: CRFFN/WACT/RG/001 and entitled: “Illegal Collection Of Money By The ANLCA/NAGAFF Joint Taskforce At Your Terminal” informed WACT and copied the CRFFN accredited associations about the illegality of the action and asked all concerned to desist (copy of letter attached).

The Nigeria Shippers Council, acting on complaint by a group of Concerned Nigerians known as “Coalition Of Freight Forwarding Practitioners”, in a letter dated 26th February,2014 and referenced: NSC/ES/SCU/2014/vol. 01/06, pronounced the action illegal and warned all concerned to desist from such illegality henceforth(copy of letter attached)

The resumption of this collection, which has been declared illegal by the relevant industry regulators is an indication that the perpetrators do not believe in the rule of law in the industry and if this is not stopped, the impression will be that there is systemic lawlessness in our Ports system.

Thank you all for your time.

(Opara is a Registered Freight Forwarder based in Port Harcourt).

Is Tinubu’s declaration an obstacle to Igbo Presidency? – By Abu Maigoro