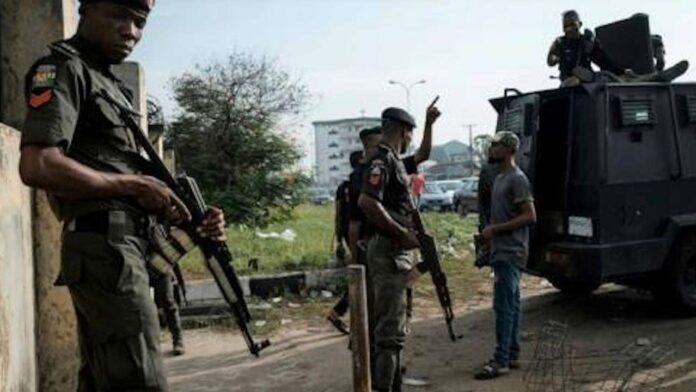 We the Igbo Ekunie Initiative, IEI, comprising individuals in Nigeria and the Diaspora; condemn in the strongest possible terms the reckless destructive acts of the Nigerian Army in Awo-Omamma Imo state where the military resorted to the burning and destruction of several housing and shopping premises as reprisal action for the killing of a soldier by unknown individuals commonly referred to as unknown gunmen.
We submit that the now constant embrace of primitive and violent anarchistic tendencies by the Nigerian army against the good people of the South East of Nigeria goes against all rules of engagement and negates their constitutional duty to protect citizens and their properties all over Nigeria.
Furthermore, we admonish that such reckless acts are capable of igniting an existential crisis of unfathomable consequences in an already fragile nation and is a grim recipe for doom especially as the same military authorities never resort to such destruction of private properties when military personnel are killed in the Northern part of the country.
We demand that the Chief of Army staff, Lt Gen Farouk Yahaya, should investigate the ugly incident in Awo-Omamma with a view to bringing those found culpable to book and also take proactive measures to ensure that such illegal acts of his soldiers never repeats again anywhere in Igboland.
In the same vein, we unequivocally condemn the killing of Security personnel by the Unknown gunmen and hereby demand the immediate stop of such atrocious bloodletting. The Government of Imo state should without further delay investigate and reveal the identities of the so-called Unknown gunmen with a view to prosecuting those involved. Moreover the Governor of Imo state, Senator Hope Uzodimma and all the governors in Igboland should sit up and live up to their responsibility of protecting the citizens they have sworn to protect.
In furtherance to the above, we demand that the Imo state house of Assembly should raise a commission of Enquiry to ascertain what went wrong in Awo-omamma and liaise with the Imo state Governor to put the necessary mechanisms in place to prevent a re-occurrence.
We call for restraints from all the youths and adults in Igboland to rise above all provocations and continue to be law-abiding and avoid taking any retaliatory steps that will play into the hands of our enemies who would relish the pleasure of plundering our region to wipe out all the extraordinary achievements we have managed to make in spite of the predicaments and afflictions that have been visited on Igbo people since the emergence of Nigeria as a country.