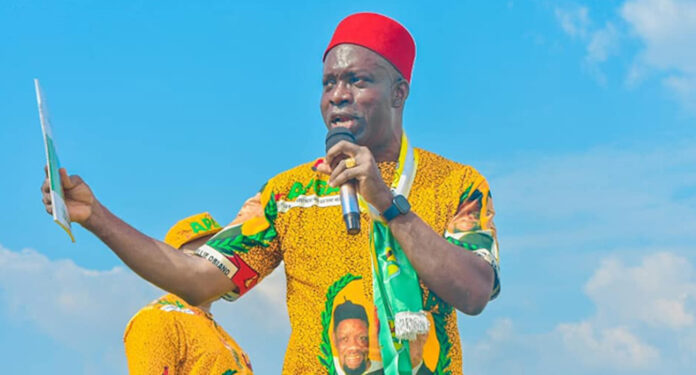 A pan Igbo socio-cultural organization, Imeobi Igbo Forum, has warmed the governor-elect of Anambra state, Prof. Charles Soludo, to beware of political jobbers and hangers-on as he assumes office next year.

National chairman of the group, Chief Mike Ikegulu in Onitsha on Thursday said that if Soludo distanced himself from these praise singers, he would perform efficiently as he pledged during his electioneering campaign to take the state to the next level.

While congratulating Soludo, Ikegulu said, “we appreciate your plans and aspirations for Ndi Anambra , and believe that if you put your mind to it, without the usual distraction from political jobbers and hangers-on, your allegorical Dubai-Taiwan transformation of Anambra state can be realized”

“This will wipe the tears of bad governance from the faces of Ndi Anambra . It is not going to be easy, with so much expectations on you, but you can build on whatever remains of the foundation laid by the previous administrations.

“You will succeed despite the huge amount of work lying in wait for you. You have so much pedigrees and garnered confidence of Ndi Igbo in general to protect”

“We urge you to accommodate Everyone from your co-contestants, those who were down rightly opposed to your candidature and election.

“We are in solidarity with you in your well deserved victory, Anambra people have spoken . Anambra state is expected to lead and set the pace.

“It was a well deserved victory and we commend you and pledge to assist you in the governance of the state and the entire Igbo nation for rapid infrastructural development of the zone” he affirmed.