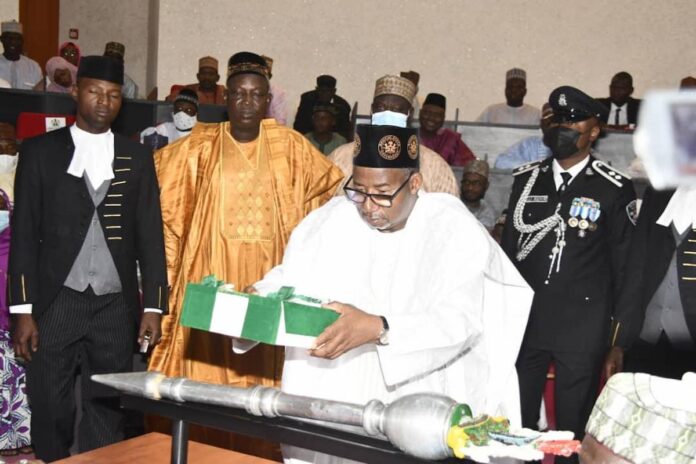 Speaking during the presentation of the budget tagged “Budget of Consolidation and Continuous Commitment ” the governor appreciated principal officers of the House for their contributions and continued support to his administration.

According to Governor Bala Mohammed has administration is determined to to ensuring purity of Bauchi State payroll to free resources for other important activities in the overall public interest.

He said that budget includes massive infrastructural developments to be embarked with projects aimed at improving the lives of citizens of the state from the crutches of poverty, economic losses and deprivations exacerbated by Covid-19 pendamic.

Governor Mohammed added that the budget will also reverse the pervasive narrative of poverty and underdevelopment, saying that it will improve agriculture and food supply as well as supporting programmes that will increase the employment of young graduates.

Responding, the Speaker, Bauchi State House of Assembly, Rt. Honorable Abubakar Y. Sulaiman said the House will work closely with ministries, departments and agencies in the state to ensure timely passage of the budget.