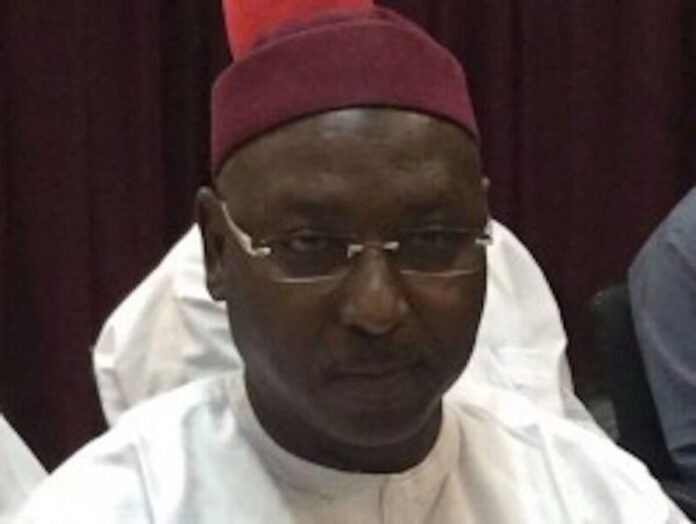 AS the All Progressives Congress crisis deepens in Kano state, the former deputy governor of the state during Abdullahi Ganduje’s first tenure, Prof, Hafiz Abubakar has dumped the governor for his arch-rival in the APC, Malam Ibrahim Shekarau.

Abubakar was Ganduje’s deputy from 2015 to 2018, but during the build-up to 2019 elections, he left Ganduje and contested for governorship under the Peoples Democratic Party, led by former governor, Rabi’u Kwankwaso.

For picking Abba Yusuf as the PDP candidate,Abubakar also dumped the PDP for the People’s Redemption Party to contest the poll.

Again, after losing to Salihu Takai in PRP in the 2019 elections, Abubakar dumped the party to rejoin the APC in the state.

Following the fractionalisation of the party into two camps, the former deputy governor made a surprise appearance at a political function organized by Shekarau at his Kano residence on Tuesday.

Speaking in an interview with journalists at the event, Abubakar said it should not be surprising to see him at the gathering because he is aligning himself with ‘the truth and future.’

According to him, the events unfolding in APC in Kano was unfortunate and had derailed the party.

He stated, “My position is that I am aligning myself with the truth and future. But the truth is that what is going on in APC is really unfortunate. It is not what we and all his (Ganduje) supporters expected.

“Today, it is public knowledge that the leaders of APC in Kano go to public functions and tell us that the party belongs to three persons in the state- the governor, his wife and the chairman.

“Sometimes, we see it as a laughing matter but what we see in action unfortunately tells  the truth. APC in Kano has derailed. Therefore, it is part of our duty to save the party, to save ourselves and more importantly, to save the people of Kano.

“The future of APC is bleak. Unless drastic actions are taken, changes are made and the mind comes to the truth. The future is bleak. It is very clear, not in Kano alone. Even within the country, APC has to tell itself the truth. Unless that is done, unfortunately it is going to be another transitional party.”