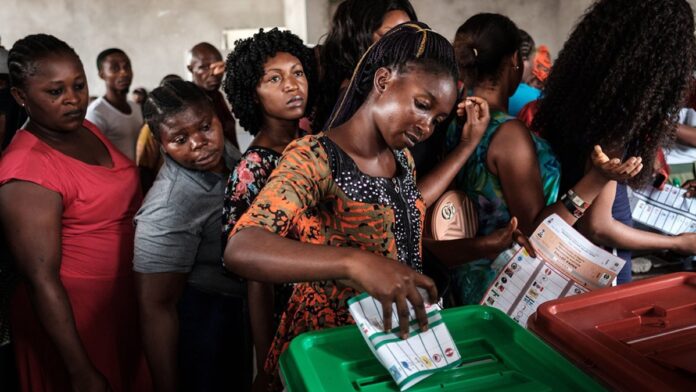 Gender Perspective and Social Development Centre (GPSDC), the convener of the Stop Violence Against Women in Politics (Stop-VAWIP), Thursday, urged stakeholders in Anambra state to expidite action towards resolving the insecurity bedevilling the state otherwise women may not vote on November 6 poll.

The GPSDC media officer, Mr Emmanuel Ubajekwe, who said in Awka, the state capital, that women would not only boycott the election but also persuade their children, husbands and relatives to backout due to insecurity.

He said that the group had carried out an investigation with the organisation with support of the National Democratic Institute (NDI) and the United States Agency for International Development (USAID).

“There is palpable fear among voters due to pre-election violence experienced across Anambra State during political party campaigns. Women expressed their concerns that adequate measures are not in place for the protection of the womenfolk during the election as there was no visible rescue mission on the part of security agencies in volatile places.

” The vast number of registered women voters interviewed stated categorically that they may not participate in the electoral process due to the cases of violence either witnessed, heard, or viewed on the media. The spate of violence and unrest in the state may cause women to restrict their children from coming out to vote.

“Ahead of the elections in Anambra, GPSDC trained and deployed 105 local mobilizers who are working in collaboration with the Community Mobilization Officers (COMOS) of National Orientation Agency (NOA).

“Together, they are conducting voter sensitization, to raise awareness on what constitutes VAWIP, encouraging women and youth participation in the election, and also linking survivors of gender-based electoral violence to services across all LGAs in order to mitigate electoral violence in the state,” he said.

Ubajewe also advocated for “A communiqué to be developed by the security on the current security concern in the state on the need to have grand stand on matters concerning the release for the Leader of Indigenous People of Biafra.”

According to him, political parties should equally adhere to their codes of conduct for elections, while the INEC need to maintain its stand on conducting unbiased, free, fair, and credible election.

Earlier, representatives of NDI, Mr Abayomi Akinseye, and his counterparts in Development Centre for Orientation, Discovery and Employment (DECODE),
Mrs Cynthia Enweonwu-Arinze, reiterated the need for increased women participation in politics and governance in Anambra state, and an end to violence against women.