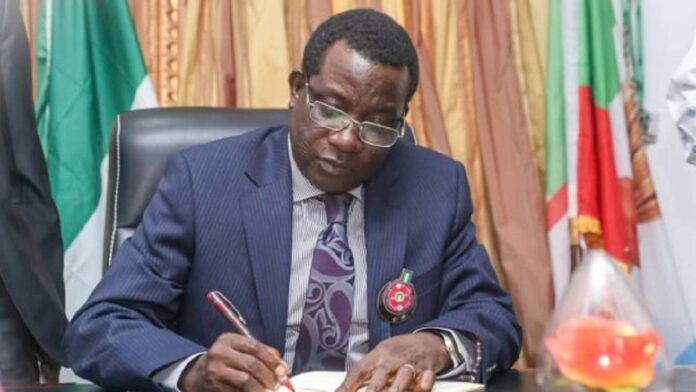 The Peoples Democratic Party, PDP, is not surprised to see how the various congresses of the All Progressive Congress, APC, ended, as close watchers of the ruling party have since predicted what will happened. And true to predictions, it happened.

It is laughable that the socalled Apc leader in Plateau, Governor Simon Lalong who has spend hundreds of millions to factionalise the opposition PDP in the state cannot even boast of a smooth ward congress not to talk of the LGA and State congresses. Instead of concentrating to put his house in order, he deployed the whole of his energy and finances seeking to destroy the opposition, hence the resort to imposition as the only way out for him.

The heavy dismemberment of the ruling Apc in Plateau has long been foretold.
Both the state Governor Lalong and the Apc have been living in self deception.

The chaotic and unreconciliable crisis within the Apc is a reflection of the manner it has developed as the party has been in a deplorable condition ever since it was ‘conveniently’ put together without political ideology.

The people of Plateau state, particularly the APC members are not in any way disappointed in the selection done by Governor lalong to run the affairs of the party as executives because illegality has been his norm since 2015 when he accidentally took over as Governor. So it is not surprising to see this lineup of players without team spirit and political capacity who are also lacking in leadership acumen, vision and inspiration, but motivated by greed,bitterness, resentment and cynicism.

With this momentous outcome of two chairmen with their separate executives in the state chapter, the Apc has further confirmed why plateau state has been stagnant from 2015 to date.

We congratulate Hon Ishaya Itse and his executive for the victory at the just concluded APC congress in Plateau State as he prepare to take over. We urge him not to run a dictatorial leadership but work within the norms of democratic values as a ruling party in the state.

The whole world is aware of plans to impose someone else as the state chairman, but justice demands that the only man who followed the due process of the party and obtained nomination form having paid the fees, should be accorded his democratic rights and privileges. And that is Hon Ishaya Itse. We hail his doggedness.

We at the same time call on Governor lalong not to use his desperate ambition and undermine the efforts of our founding father’s who fought for democracy having been a beneficiary of it.

It behoves on Lalong to respect the people’s wish. Plateau people can now see the reason why the state has been backward without anything to show in terms of infrastructural,human and sectoral development for the past 6 years.

The PDP remains the only political party known as the most organized, people’s centered and credible in the state and Nigeria, where its policies and programs for the state are with a view of promoting the collective good of our people and not the personal aggrandizement policy that is the cardinal program of Governor lalong and his factional APC.