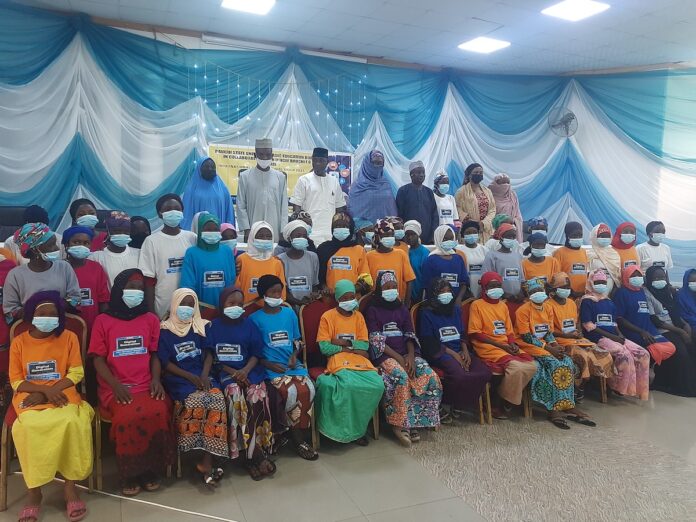 The Bauchi State Universal Basic Education Board ,BASUBEB in collaboration with the United Nations Children’s Fund, UNICEF Bauchi field office has organized training on digital education for 50 girls as part of the celebration of International day of the girl child 2021.

The training tagged Digital generation took place in Bauchi over the weekend where the girsl from junior secondary schools in six local government areas of the state attended the session.
The local government are the areas where UNICEF is implementing its programmers, they included Alkaleri, Bauchi,Shira, Ganjuwa, Toro and Ningi.
Declaring the training open Bauchi state Commissioner of Education Dr Aliyu Usman Tilde re stated the importance of girls child education.

He stated that denying girls education retards their progress and endangers their future, while urging parents and stakeholders in the sector to give priority to female education.

Commissioner emphasized the need to invest massively in the education of female teenagers who are transiting from childhood to early adulthood, rather than sending them to hawk goods or giving them out for early marriage.

“The education of the girl child is a priority of our administration, and efforts are on top gear to provide adequate financing and other logistics support for the promotion of girl child education and there’s hope because the education sector has received a lot of interventions that has reflected positively in the lives of children of school age,”

On her part, the UNICEF Desk officer in SUBEB Halima Umar stressed the need for parents to invest massively in girl child education, noting it would help to guarantee a bright future for the girls and their communities.
She said the aim of the training is to promote the right of girl child globally,through girl child Digital revolution and generation in order to bridge the gender gap.
Halima said in 2013 the gap is 13 percent in 2017 the gap is 17 percent in advance countries but in Nigeria the gap is 43percent, hence the need for more support to women especially girl child as part of effort to bridge the gap.
SUBEB Chairman Dr Abubakar Sirimbai Sheikh Dahiru represented by the Director School Services Alhaji Korijo Umar restated the commitment of the board to provide Qualitative basic education in the state .
He commended the support and cordial relationship between SUBEB and UNICEF and assured that the board will continue to give girl child education accorded priority.