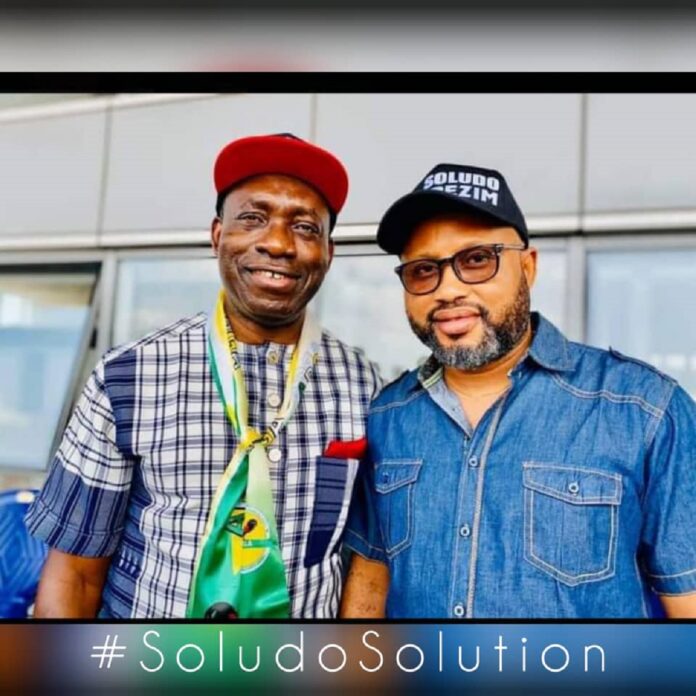 Governorship candidate of the All Progressives Grand Alliance (APGA) for the November 6 election, Prof. Chukwuma Soludo, has said he is contesting the poll to consolidate on the gains of Chief Willie Obiano’s administration.

Soludo, the former governor of the Central Bank of Nigeria (CBN), said he would also come up with programmes and policies that would help to grow the state’s economy.

Deputy Director, APGA Campaign Media Directorate, Emeka Ozumba said the party elected the professor of Economics as its candidate because he has what it takes to consolidate on the gains of Obiano’s administration and also do more for the state.

“APGA relies on excellence; APGA has always put its best foot forward; and that’s why you can see the quantum leap the state has made beginning with Peter Obi era and then Willie Obiano.

“And now to consolidate on these achievements, you have seen somebody who is disposed and well equipped for the challenges ahead considering Nigeria’s current economic situation.

“Governor Obiano, if you judge him on the parameters of his four pillars, the last leg of the four pillars which is oil and gas just keyed in effectively. And with God’s grace and all that, it has bright prospects”, Ozumba said.