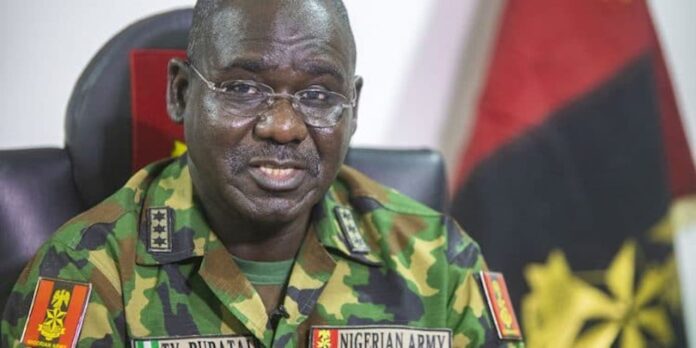 The arrest of the Leader of Indigenous People of Biafra IPOB, Mazi Nnamdi Kanu has stirred different reactions from different quarters in Nigeria.

In the South East Region, the arrest of Nnamdi Kanu came as a shock to the youths and Kanu’s teeming followers.  In the Northern Part of Nigeria, Nnamdi Kanu’s arrest has been seen as one of the greatest achievements of the President Muhadummedu APC-led government.

hIn the midst of all these, most Nigerians did not know that Mazi Nnamdi Kanu has at one point accepted to switch his separatist agitation for a dialogue and greater peace-building. This followed a patriotic move by two Nigerians – Mr. Allen Onyema of Airpeace and Mr. Danjuma Mohammed. The question arises, why did that peace move fail?  And who benefitted from all the war-like military activities across all parts of Nigeria, especially the Southern part?

Information has it that at the peak of the separatist agitation led by Nnamdi Kanu some years back, two patriotic Nigerians took the burden upon themselves to mediate.  They were not sent by the Federal Government, but they believed that a more humane approach could bring the healing hand of time.  Towards this, Mr. Mohammed Danjuma and Chief Onyema Allen (The Chairman and CEO of AirPeace) embarked on a dicey visit to Nnamdi Kanu’s home town Isiama Afara Ukwu in Abia State to meet with him on possible ways on playing down the separatist agitation which was already creating tension in the country.

According to a source who was in the know about the visit, seeing Nnamdi Kanu was like the camel passing through the eyelet of a needle as the duo of Mr Danjuma and Onyema were severally tossed around by Mazi Nnamdi Kanu’s security protocols. Nonetheless, they met with Nnamdi Kanu and appealed to him to go for negotiation with the Federal Government, instead of agitation to separate from Nigeria. All the cons and pros of the agitation were put down on the table.

“They arrived Afara Ukwu at about 2pm and only succeeded in seeing Nnamdi Kanu around mid-night.  His followers and bodyguards wouldn’t easily give away his location because they were not sure of the motive behind the visit.  But after several persuasions, including making pledge to pay with their lives if anything happens to Nnamdi Kanu in their course of their engagements and discussions.  These gentlemen lived to their promises and did the unexpected.  They convinced Kanu to toe the peace and negotiation path with the Federal Government”.

After the visit, several arrangements were put on ground towards addressing some of the immediate demands of IPOB.  Reconciliation meetings were initiated to be held among some youth leaders drawn from Arewa Youths, IPOB (represented by Nnamdi Kanu younger brother) and others from South West and South South Regions.

The whole idea was to use the youths to push for a more united Nigeria.  While that was going on, the selected representatives were gathered in Lagos to be tutored from mentored on peace-building and cohesive strategies by selected resource persons drawn from some International Non-Governmental Organizations, including those from King Martin Luther Jnr Peace Institute, USA.  Part of the arrangement was to fly these selected regional youth leaders to USA to be trained on peace-building.  Nnamdi Kanu and some of his key policy makers were involved in this understanding.  They consented to it and sent delegates for the training both in Nigeria and in USA.

The source said that the former Chief of Army Staff, General Turkur Yusuf Buratai on learning about the peace initiatives deployed his men who in turned arrested the younger brother of Nnamdi Kanu from among others who were at that point lodged in a hotel in Lagos.  Other participants in the peace building course consisting of Arewa and some Southern youths protested the arrested and clarified that the training had nothing to do with IPOB but about a way of building synergy for promotion of peace and unity in the country.

The source said that Buratai-boys turned deaf ear to the plea and picked up Nnamdi Kanu’s younger brother.  This action irked attempts was made to secure the release of Nnamdi Kanu’s brother.  But Gen. Buratai tactically killed the initiative and peace-moves and within weeks, launched his Operation Python Dance which saw a lot of Igbo youths being maimed, killed and manhandled.  That was the straw that broke the camel’s back and sealed the peace path that have been mapped out.

“Buratai intentionally foiled the peace-building efforts in preference for war.  War is money.  Each Python or Crocodile Dance goes with huge budget. Gen. Buratai represented repression of the emergence of youths in leadership positions. He worked against all peace initiatives that would have seen a more united, inclusive government”.  The source concluded.