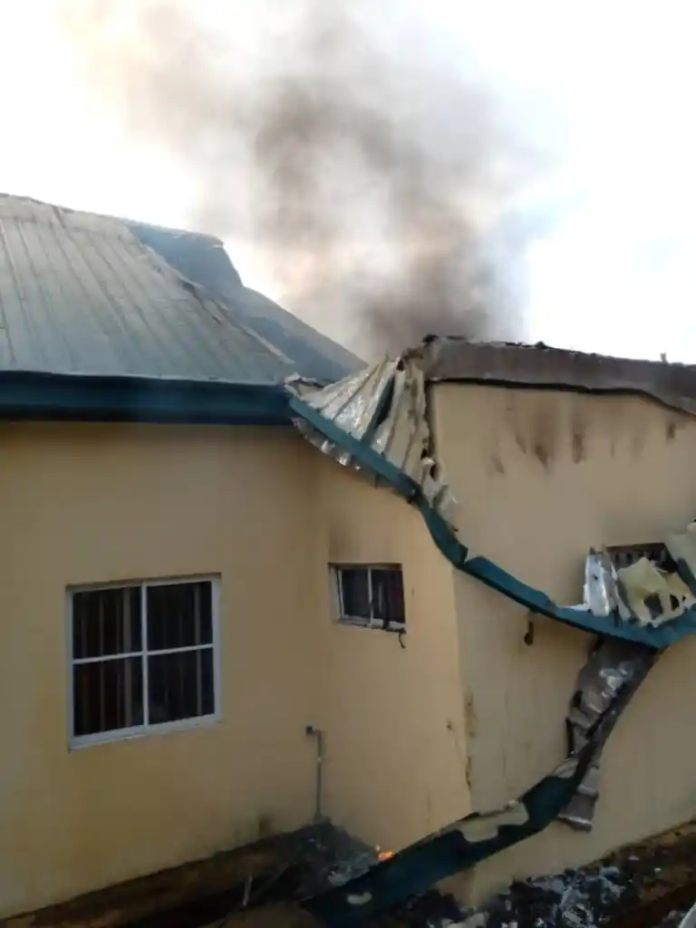 By Favour Goodness    Office of the Independent Electoral Commissioner, INEC, in Awgu Local Government Area of Enugu was Sunday morning set on fire.

Our source revealed that the arsonists climbed through the perimeter fence to gain access.

The fire which started in the early hours of Sunday did substantial damage to INEC Office, even as the quick response of the Fire Service helped to salvage the situation.

The Fire Service Station in Ozalla were said to have responded quickly giving credence to the establishment of Fire stations in local government areas by Governor Ifeanyi Ugwuanyi.

This might be the resurgence of attacks on INEC Offices which had stopped after the state Headquarters in Enugu and some local areas like Udenu Office, were torched