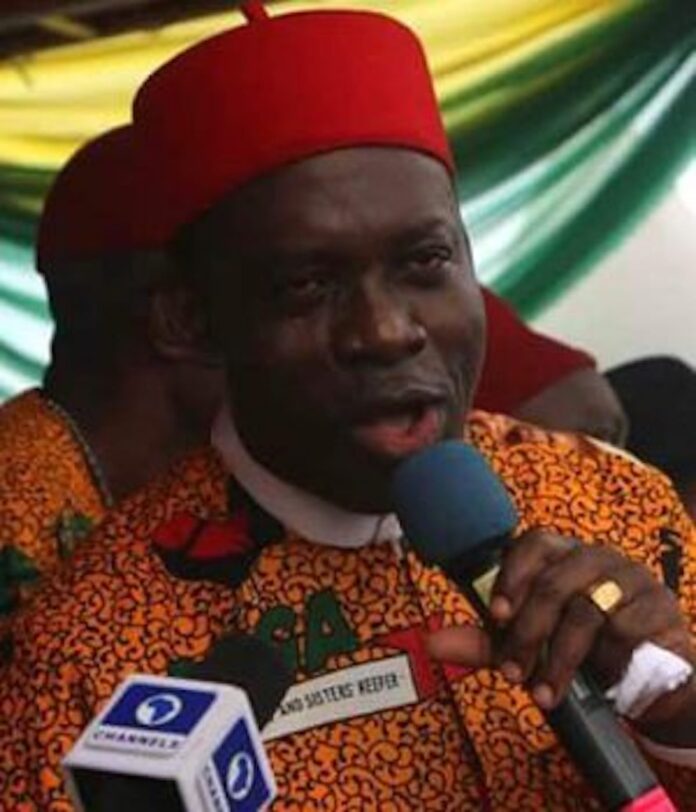 •As INEC commences devolution of CVR*

Ahead of the Nov. 6 governorship election in Anambra state, chieftain of the All Progressives Congress and Director General of the Voice of Nigeria, Osita Okechukwu, has advised the leadership of the APC and the All Progressives Grand Alliance (APGA) to devise a way of working together.

Speaking on Thursday in Abuja, Okechukwu said both Sen. Andy Uba and Prof. Chukuwuma Soludo, governorship candidates of APC and APGA, respectively should sit down and hold a frank political discussion.

While he was silent on who should step down for the other, the DG, VOA said the leadership of both political parties should pick a candidate on the scale of which of them could better win the election in terms of acceptability,
integrity, public service record, capacity and vision for good governance.

He further claimed that such a political alliance would go a long way to promote the aspiration of the southeast for the presidency ahead next general elections.

He said: “With three strategic states of Southeast in APC’s kitty, that is a halfway stroke to Ndigbo’s ambition of achieving Nigeria president of Igbo extraction in 2023.

“Therefore, I implore you to kindly consider the fruit in APGA joining APC to win the Anambra governorship. Other details will be cordially harmonized.”

Okechukwu further appealed to APGA leaders to give serious thoughts to what he called his pragmatic suggestions of achieving the collective purpose for Ndigbo by teaming up with APC.

“This tunnel vision of rigid partisanship has remained the bane of Southeast politics. Therefore, I am still calling on my friends in APGA to look up and count the stars.

Meanwhile, as part of its preparations for the election, the Independent National Electoral Commission (INEC) has approved the devolution of the Continuous Voter’s Registration to the 326 wards in the state.

Barrister Festus Okoye, National Commissioner and Chairman, Information and Voter Education Committee, said the step was to ensure that fresh voters and those who wish to transfer their registration to Anambra State or from one part of the state to another are given the opportunity to do so and to complete the process ahead of the election.

Okoye further disclosed that “the exercise will begin on Monday 30th August 2021 and end on Sunday 5th September 2021. This is in addition to the existing 21 Local Government Area offices and the State Head office where physical registration is currently taking place.

“This brings the total number of registration centres in the state to 348.”
He maintained that the exercise was “in compliance with the provision of section 9(5) of the Electoral Act 2010 (as amended), voter registration shall stop not later than 60 days before an election.

“This means that the exercise in Anambra State will be suspended by 6th September 2021. This will enable the commission to clean up the data, compile the register, make copies available to political parties, print the Permanent Voters Cards (PVCs) for collection by registered voters and prepare two copies of the register for each of the 5,720 polling units ahead of the election.”