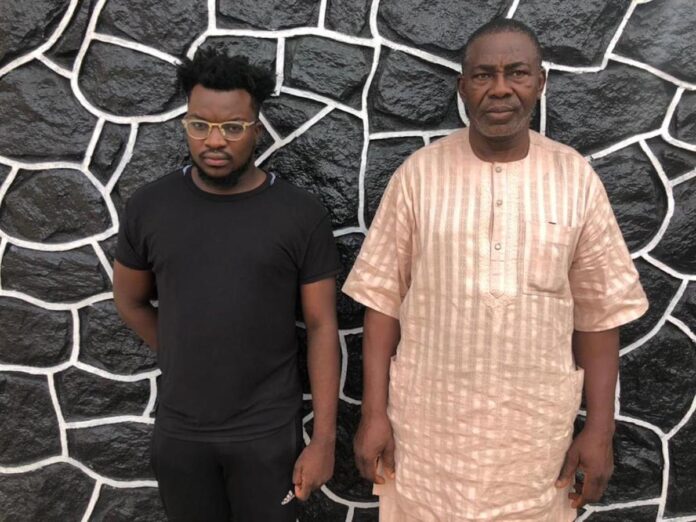 The Economic and Financial Crimes Commission, EFCC, Lagos Zonal Office, have commenced investigation into an alleged case of conspiracy, computer-related fraud, obtaining by false pretense and retention of proceeds of unlawful activities levelled against one Malik Giles Bakare.

He was arrested by officers of the Nigeria Police, Force CID, Alagbon, Lagos on May 31, 2021 and subsequently handed over to the EFCC for further investigation and prosecution.

Investigations revealed that he acts as a middleman, who connects internet fraudsters around the globe with pickers, and receives some percentage on every successful transaction from the proceeds of unlawful activities.

During the investigation, his father, Isa Bola Bakare, appeared at the Commission claiming ownership of a Range Rover car estimated at about N46 Million, which was recovered from his son.

He, however, could not provide a satisfactory account of how he was able to procure the vehicle.

Consequently, he has also been taken into the EFCC custody for further investigation.

Also recovered from the suspects are Iphone 12 Pro Max,  Iphone 8 mobile devices as well as some incriminating items.

The suspects will soon be charged to court.