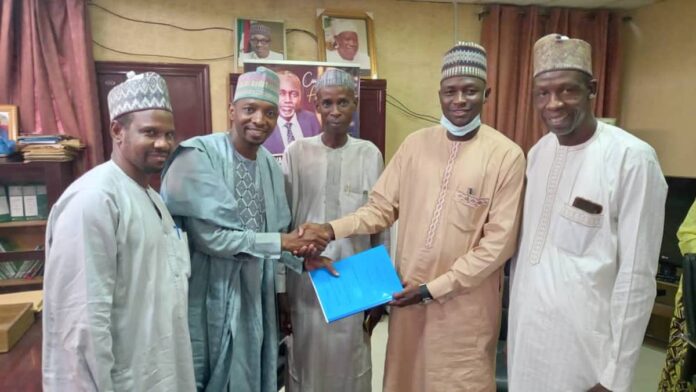 The consultancy series contract was awarded to Messrs Hamjik Agric Plus Ltd., with a completion period of 21 months from the date of signing the contractual documents.

The scope of work includes advisory and counseling services on personnel and project issues, carrying our pre-investment studies, carrying out engineering and design of the project as well as implementation and supervision services.

In the same vein, the KSADP awarded contract in the tune of about N112 million for design and supervision consultancy services for the development of 1, 000 hectares of irrigation infrastructure at Watari, Bagwai local government area.

The work, which was awarded to Messrs. Nineteen Consults Ltd., with a completion period of 21 months, will cover many tasks ranging from engineering, architecture, economics and finance, project management and procurement.

Speaking during an inception meeting with the consultants and the Project Management Unit, KSADP, shortly after the award formalities, the Managing Director, Kano Agricultural and Rural Development Authority, KNARDA, Dr. Junaid Yakubu Muhammad told the consultants that they were selected on merit, stressing the need for them to deliver quality services that would stand the test of time.

“As you know, KNARDA is the implementing agency of KSADP and this is a signature project of the Ganduje administration. We expect that based on your backgrounds, you will provide services that will lead to achieve the project’s objectives”.

On his part, the State Project Coordinator, Kano Agro Pastoral Development Project, KSADP, described the Dansohiya Grazing Reserve project and the expansion of Watari Irrigation infrastructure as key to the success of the state government’s herdsmen resettlement program, better known as RUGA as well as its food sufficiency initiative.

“These projects will kick-start massive agro-pastoral transformation in Kano in line with the objective of the KSADP, to contribute to reducing poverty and strengthening food and nutrition security in the state by developing agro-pastoral production systems”.