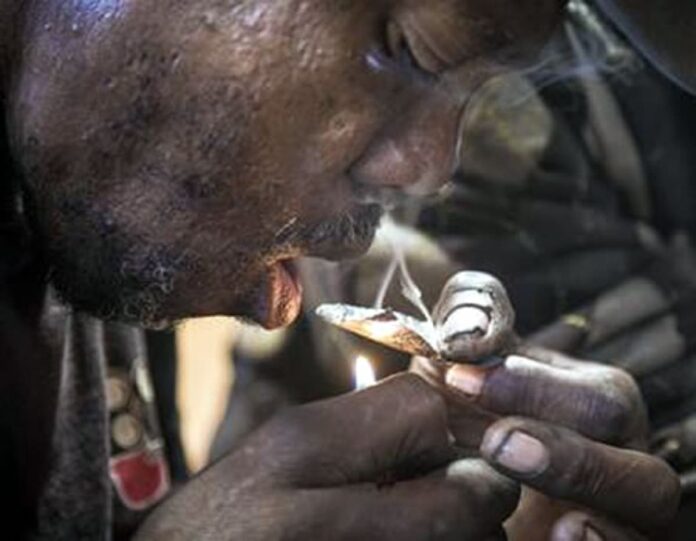 The Federal Government has been urged to declare a state of emergency on drug and nachotics to fight Nigeria insecurity and abuse effect on youths.

The call was made by the Christabel international, an international organisation in Onitsha, Anambra state on Wednesday at one day seminar on the drug and nachotics abuse in Nigeria.

Dr Okoye who is also the Ambassador, joint senate and House of representatives committee on drugs and nachotics said it has become imparetive for all hands to be on deck to fight ugly trend or drug addiction will destroy Nigeria.

Okoye appealed to the drug dealers to partner with the taskforce of the association to ensure that its aims and objectives was accomplished.

“NANDUM is sn association charged with the responsibility of monitoring all forms of drug abuse and administration including drug adulteration and addiction.

“The National Assembly had on the Feb. 21, passed a bill for the establishment of this association to partiner with the relevant government agencies in tackling the issue of drug abuse, dentified as the major causes of youth restiveness in Nigeria.

This is a National disaster and calls for joint responsibility of all to save the country from eminent collapse.

“Our country is drifting to a destroyed in next five dicades if adequate measures are not taken to checkmate the excess damage drug abuse and nachotics are doing to the Nigerians, particularly the youths who are the leader of tomorrow,” she said.

Mr Hassan Sakaba, NDLEA Deputy Commander on Nachotics in Anambra state said that the war against illicit drugs should not be left alone for the federal and State governments but should be a joint responsiblity.

He said drug abuse was one of the greatest enemy and challenges posing treat to the peace, unity and development of the country.

Sakaba observed that over 25 per cent of Nigerian children have been exposed to one form of drug abuse or the other.

He called on parents, schools, local and state governments as well as traditional rulers, religious leaders to declare war against drug abuse in their domain and areas of authority.

He commended christabel international and the National Assembly for taken a more pragmatic approach to tackling the ugly development, describing it as an ill wind that blows no one good.

He emphasized that in the last few years the unit have intercepted and impounded over 2000 vehicles for verious related offences arising from influence of hard drugs and over speeding.

He thanked the seminar organiser, adding that the establishment will continue to partiner with the relevant agencies charged with the responsibilities of montoring and enforcing the law against drug abuse.

The President of the Ogbogwu drug market, Donatus Ojama thanked the federal government for coming to their rescue at the apropirate time.

He said the Onitsha drug market had been sanitised, pointing out that the days of shuting down the market over any drug related offences especially adulteration and other related offence are over.

He assured the agencies that the traders in that market are commited to complement the efforts of the government to ensure a healthy Nigerian society.

He announced to the traders that the state government has realocated the multi million naira Oba Idemili South LGA drug market to Nylon and manufacturers union.

It would recalled that the state government had relocated the market after shutting down the drug market for over 12 months by the Musa Yar’adua administration.

The relocation triggered off controversy by the government, traders and Oba community leading to court action.