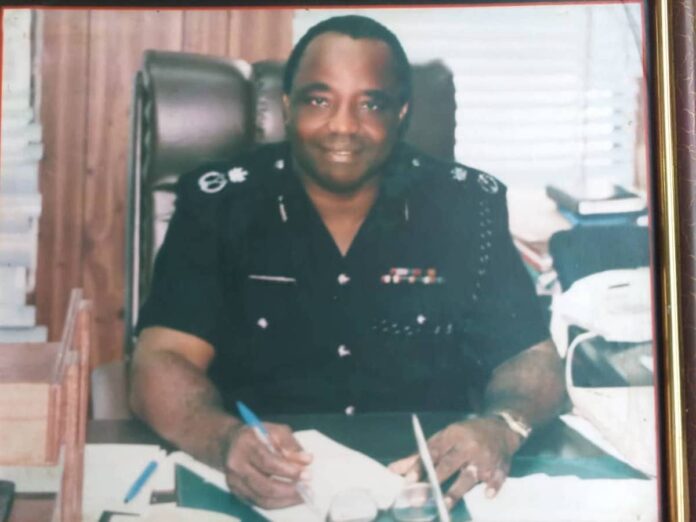 of a retired Commissioner of Police, John Okafor, an illustrious son of Nawfia

community in Njikoka Local Government Area of the state who died at the age of 82, following a heart attack.

Commissioner for Information and Public Enlightenment, C. Don Adinuba in a press

statement, said the state has by Okafor’s transition to eternity, once again lost one of its

death, he sent a state government delegation led by himself to visit the family of the

deceased in Nawfia to console them on behalf of the state government.

He disclosed that the delegation met members of the Okafor family, including his

and businessman based in Port Harcourt, Rivers State; and his father-in-law, Chief

Going down the memory lane, Adinuba recalled that the late Okafor had served on

the country, adding that reputed for crime bursting, he was deployed to the old

Bendel State in the mid-1980s by the Inspector General of Police, Etim Inyang, to fight

violent crime which was then on an industrial scale in the area.

“In the early 1990s when Shina Rambo, West Africa’s most notorious high transnational

“On the day he assumed office as the Ogun State Police Commissioner, Okafor

announced that he was prepared to die in order to get Shina Rambo out of the state.

Most Nigerians thought that the policeman was merely bragging, but those familiar

with his exploits knew he meant business. He frequently led operations against

In one of the several operations, Okafor and his men killed Rambo

and members of his tough criminal gang. It took several months for the Nigerian

Ogun State Police Command because no one seemed to have his picture”.

“Ogun State in no time became about the safest state in the country, just as Anambra is

today, a long leap from the days it was almost overrun by unconscionable criminals. An impressed Governor Segun Osoba made a special broadcast describing Okafor as the

most effective, committed, efficient and caring police commissioner he had ever known”.

“Thirty years after he left Ogun State following his retirement based on years of service,

Okafor’s Deputy in Ogun State who was to become the Inspector General, doesn’t

as he led from the front in all circumstances. No wonder Okafor was rewarded with a

from Awka. When Ifejika led the Nigerian contingent to Namibia to prepare the nation

for self-rule in 1990, the Nigerian contingent was voted the best of the 50 police forces

from all over the world which participated in Namibia’s transition”.

leadership, Ifejika was promoted from Commissioner of Police to Assistant

Inspector-General of Police, becoming the first Anambra indigene to wear the latter

rank after the Nigerian Civil War”.

“Okafor and Ifejika interestingly joined the police force the same day. Despite losing

some years and seniority on account of the civil war, both Ifejika and Okafor reached

the top of their profession. The retired distinguished policemen show the difference