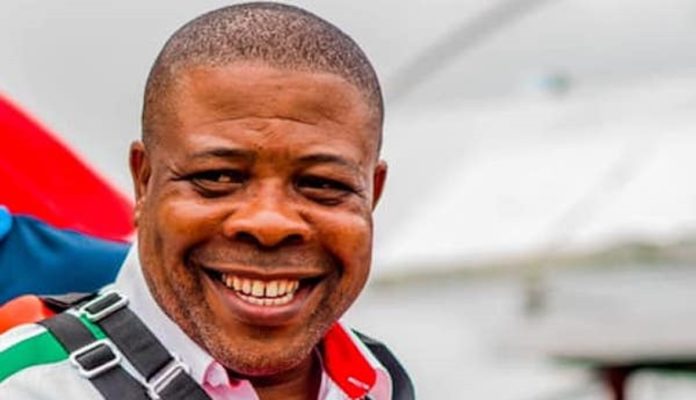 It was almost one year ago and on the 20th day of January, 2020 precisely, that the hope for a better Imo State was sadly truncated by the removal of Rt. Hon. Emeka Ihedioha as governor of Imo State by the judgment of the Supreme Court.  In his place Sen. Hope Uzodinma was declared governor from a distant and obscure fourth position. This decision sent shock waves across the nation and indeed the globe, as many political watchers saw the judgment as a beastly travesty. However, Uzodinma and members of his camp referred to it as the “hand of god”.

Unlike the late football legend, Diego Amando Maradona, who admitted he scored a hand goal during the 1986 FIFA World Cup, but claimed it was the “hand of god”, Uzodinma insisted that it was God that made him governor from a distant fourth position. However, many political analysts saw his emergence as the hand of the cabal in Aso Rock, of whom the late Issah Funtua, Abba Kyari, Mamman Daura and even the disgraced former All Progressives Congress (APC) national chairman, Comrade Adams Oshiomhole, had been fingered as accomplices. On the home front, politicians such as Senators Rochas Okorocha and Ifeanyi  Ararume were also accused of playing their own role in the whole saga.

Nevertheless, the long suffering people of Imo State registered their disapproval of the perceived misjudgment by non-celebration and later peaceful demonstrations. Sadly, their protests and disapproval fell on deaf ears. So they resigned to fate and further appealed their matter to the “Supreme Court Of Natural Justice” where the Almighty GOD is the Chief Judge. In the Supreme Court of Natural Justice where the Almighty holds sway, there is no room for bribery and political manipulations. Before long, the people began to see the outcome of  their appeal to the Divine Supreme Court. Things began to turn around gradually as the real Hand of GOD began to work in favour of the people’s wish.

Gradually all those perceived to have been behind the gross injustice where removed from the way by nature. Then Senators Okorocha and Ararume who were allegedly in support of Uzodinma then, now turned against him and began to fight for his removal. The Hand of GOD went as far as causing Uzodinma to admit on live Television that he became governor through the “Ben Johnson” way. Which by implication meant that his declaration as governor by the Supreme Court was wrong after all. Spiritually sensitive persons as my self saw this singular act as a good omen and a clear indication that Sen. Uzodinma had indeed passed judgment against himself.

Suddenly, the Barr. Philip Umeadi’s case surfaced asking the Supreme Court to explain how Uzodinma became governor when it had earlier declared Hon Uche Nwosu the rightful APC guber candidate, but disqualified him due to double nomination. In spite of all human efforts to prevent the hearing of this suit, it has finally been slated for hearing on the 11th day of January, 2021, which is tomorrow. I am neither clairvoyant nor occultic. But I am naturally endowed with an ability to forsee future events. About 5 months ago and precisely on the 4th day of August, 2020, I saw clearly that the injustice against the good people of Imo State would be corrected in the same month of January when it was first done. And I also posted it on Facebook that same day.

It was shown clearly to me that Rt. Hon. Emeka Ihedioha would be reinstated as governor on the same month he was removed just to show all that the Hand of GOD Almighty is behind it. There is a seal of GOD Almighty on this matter and there is nothing man can do about it. No amount of bullion van can subvert the will of Almighty GOD. With all due respect, I am not writing to pre-empt the judgment of me Lords the Justices of the Supreme Court. I am just passing an information. It is written in the Holy Book, “touch not my anointed, and do my prophets no harm”. Ihedioha may not be a saint, but from all indication it has become crystal clear that he is the chosen one, the anointed. The living amongst those who tampered with his destiny to be governor of the State can also testify that the man is not ordinary. It is GOD Almighty that decides the fate of men. Imolites took their case to Him and He has passed His judgment. Therefore, whom GOD has blessed, no man can curse.

I rest my case.