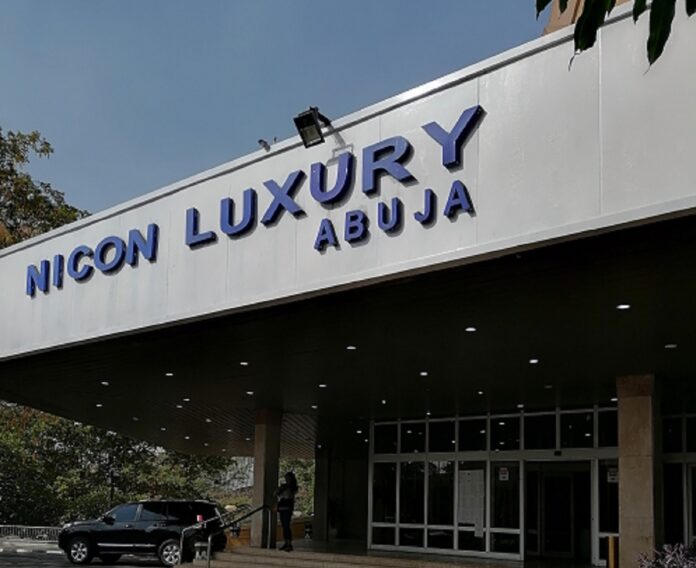 The federal government of Nigeria [FGN] has finally taken over the day to day management of the Niccon Luxury Hotel formerly belonging to the shady businessman Ibrahim Jimoh. This was following FGN’s action to seize the properties in November 2020 belonging Jimoh Ibrahim owing to debt owed in the high billions of Naira.

Barrister Jimoh Ibrahim acquired the luxurious hotel during the administration of General Olusegun Obasanjo under circumstance which raised eyebrows during the privatization scheme launched by Obasanjo shortly after he became the President.

Following Jimoh Ibrahim acquisition of the luxurious hotel, the FGN made financial resources available to the tune of N6billion for the rehabilitation and management of the facility. Available reports indicate the N6billion was redirected to foreign countries where it was used for purchases of highbrow real estates. Countries in the middle east were reported to be the recipient of the N6billion.

The luxurious hotel was abandoned and allowed to fall apart to levels that resembles a shadow of its old self. About 80% of the available hotel space was closed off due to faulty equipment, nonfunctional toilets, broken air-conditioning systems, broken chairs and broken door hinges, poorly paid and unpaid staff.

In addition to a poorly managed hotel, Jimoh Ibrahim opted to fill the management cadre with relatives from his home town. Many of whom were either not adequately trained to managed a luxurious hotel or not educated or skilled enough to handle such responsibility.

With the actions of the Buhari’s administration, the luxurious hotel was reacquired in November 2020 and the day to day management of the hotel was taken over January 2021 with the sacking of the either management staff – consisting largely of relatives of Jimoh Ibrahim.

Unconfirmed but credible sources point to the activities of Jimoh Ibrahim to be directed by the former President of Nigeria, General Olusegun Obasanjo. “Most of the properties seized belong to Obasanjo. Go an investigate it“