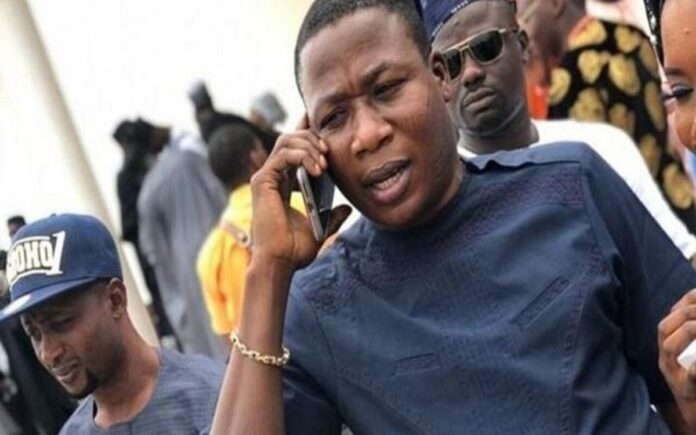 He spoke on Monday on a radio station, Rave FM in Osogbo, the Osun state capital, during a talk show programme, Frank Talk.

Igboho, who claimed to have the backing of Ooni of Ife Oba Adeyeye Ogunwusi, Alaafin of Oyo Oba Lamidi Adeyemi, Ataoja of Osogbo Oba Jimoh Olanipe and other traditional rulers in the Southwest, said only an end to communal herding could guarantee peace.

He said: “I have the backing of Alaafin, Ooni, Ataoja, and other kings in the southwest. Some other leaders in the country like Fani Kayode, former governor of Ekiti State, Ayodele Fayose, Femi Falana (SAN) among others are backing my actions. I am receiving support from Amotekun corps, Odua People Congress, hunters to ensure that we get rid of criminal herdsmen from the southwest.

“I will soon sack criminal herdsmen from Osun, Ekiti, Ondo, Ogun, Lagos, even Kwara State. We are tired of the criminal activities of these herdsmen. Yoruba must unite to fight this course. I am not scared of anybody. I am fighting for the peace of my people. Enough is enough. The killing is much. I am not ready for any dialogue with any government other than they should ensure that those herders leave our land. The FG refused to arrest those herdsmen who are perpetrating these evil acts; they are now ordering my arrest. They dare not! I am only tackling those who are fighting, killing, raping and kidnapping our people.

“FG knows Boko Haram, bandits, kidnappers and they are quiet about it but they can now tackle me for seeking peace for my people. On many occasions, the Seriki conspired with the kidnappers to collect a ransom. Those herdsmen rape my people who can’t pay the ransom; they even killed some people who challenged them. This is very unfair.”

He said he has a good relationship with Amotekun Corps, the Oodua Peoples Congress (OPC) and hunters to evict the criminal herdsmen from the region.

“I will soon visit Osun, Ekiti, Ogun, Lagos, Ondo and Kwara. Anywhere the criminal herders reside to sack them. We shall no longer live like a slave on our land; many of our people who are abroad can’t come home because their security is not guaranteed.”

The spokesperson for Coalition of Northern Group (CNG), Mr Abdul-Azeez Suleiman, who featured alongside Igboho on the programme, said not all herders were criminals.

He accused the Federal Government of failure to provide security of lives and properties in Nigeria.  ”The Federal Government has failed in vital areas of protecting lives and properties in the country as a whole. The issue of insecurity has been with us in the north for over five years or more, so it is a general issue. It is wrong to now dress criminality in the garb of ethnicity and religion. This is a mistake.

“For Sunday Igboho to threaten the herdsmen and carry out the threat is not good enough. We are hoping for a peaceful resolution and understanding of everybody in Nigeria. We should come together as a country and identify who the criminals are without attributing ethnicity and religion we will never get to the root of the matter. The Fulanis can’t carry out criminal activities alone. If Igboho is telling them to leave, they will move elsewhere in Nigeria until it is proved that they are foreigners.”