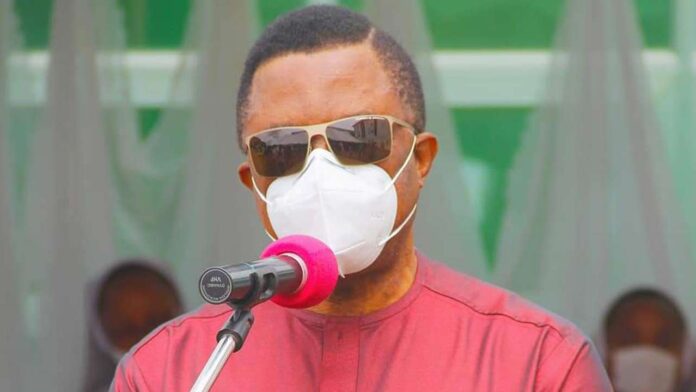 The Anambra State Government has received with sadness the news of the passage of Mr Oscar Mbanefo Onwudiwe, President of Aka Ikenga, the influential think tank of Igbo professionals and scholars in Lagos. Mr Onwudiwe, 68, died after a brief illness in Lagos, perhaps of the coronavirus pandemic.

His death is shocking to the Igbo world, coming days after the death, of coronavirus, of the well regarded former military governor of both Lagos State and the old Imo State, Rear Admiral Ndubuisi Kanu. The deaths underscore the ravaging nature of the virus in its second phase in Nigeria and the need to always comply with the precautions to check the scourge like proper wearing of the face mask, keeping of social distance of two metres and constant washing of hands with running water and soap for at least 20 seconds.

Mr Onwudiwe was a senior lawyer with keen interest in public affairs and consequently developed a powerful sense of social justice. Of both Igbo and Itsekiri parentage, he was born and raised in Lagos and had close friends across Nigeria.

He observed early in life the systematic injustice which the Igbo people have been suffering since the end of the Nigerian Civil War in January, 1970, and so devoted much of his adult life to chart a new course for his people even at the expense of his professional and personal development.

He was the founding Secretary General of Aka Ikenga, but also played a significant role in the establishment of Ndigbo Lagos, which articulates, espouses and proactively defends interests of Igbo people in Lagos. There are more Igbo in Lagos than elsewhere outside Igboland. Therefore, it is imperative to have a powerful association of the Igbo in Lagos like Ndigbo Lagos, led by some of the most successful and brightest Igbo sons and daughters, to protect their interests in Nigeria’s commercial capital.

Mr Onwudiwe was, in addition, instrumental to the founding of the League of Anambra Professionals, one of the most influential pressure groups of well-educated and successful Anambra indigenes. LAP began in Lagos, and has since spread to different parts of the country and beyond.

A man imbued with uncanny ideas, Mr Onwudiwe, urbane and sophisticated, was convinced that the Igbo could regain their pride of place in Nigeria without being militant. He, therefore, worked hard to ensure that such groups as LAP, Ndigbo Lagos and Aka Ikenga were guided by strategic thinking, farsightedness, cohesion and commitment to the common good. He was never in doubt of the need for these groups to work in conjunction and harmony with like-minded organizations and individuals across the Nigerian nation.

In recognition of his rare qualities, Governor Willie Obiano in November, 2019, appointed Mr Onwudiwe to the Anambra Vision 2070 Committee, the group of experts charged with developing a strategic plan to make Anambra State attain the status of a developed place within 50 years, as places like Dubai and Taiwan have done within a generation. The Anambra State Vision 2020 Committee is headed by the former Central Bank of Nigeria, Professor Chukwuma Charles Soludo, a highly respected economist.

Meanwhile, Governor Obiano and some members of his administration have spoken to members of the Onwudiwe family of Ifite, Ogbunike, in Oyi Local Government Area to commiserate them on the death of their illustrious son, Mr Oscar Onwudiwe, who left behind a wife, Mrs Maureen Onwudiwe, four children and four grandchildren.