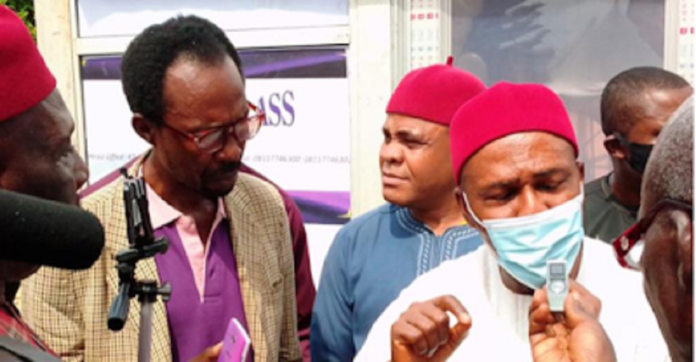 The Nigerian Minister of Science and Technology, Dr Ogbonnaya Onu had dislosed how they turned around Nigerem, Nkalagu immediately after thec ivil war. He disclosed this at  the palace of Igwe Kenneth Orizu of Nnewi on a condolence visit over the loss of an illustrious son General Samuel Momah.

Dr Onu described late General Momoh as a scientist whom he had known for close to fifty years and whom they both worked together to revive industries in the South East, including Nigercem Nkalagu, immediately after the civil war.

According to Dr Onu “the death of General Momah is painful because we just spoke a week before his death, and I was discussing with him on how I attended the burial of late Late Colonel Iheanacho, three of us served in Nigercem Nkalagu immediatey after the civil war and we were drafted to revive the place and we made it resourceful, productive and profitable “

Minister for Science and Technology, Dr Ogbonnaya Onu was at the family home of General Samuel Momah to pay homage to a late friend, colleague and fellow scientist with whom they set the pace for the technological transformation of the South East after the civil war. He revealed of preparedness of the federal government to reposition Nigeria in science and technology for wealth creation and global competition.

Dr Onu described late Momah as great, intelligent and perfect gentleman who contributed immensely to the growth of Science and Technology Ministry during his time, Onu noted that the best way to immortalize him was to make sure his dreams and ideals were actualized. T