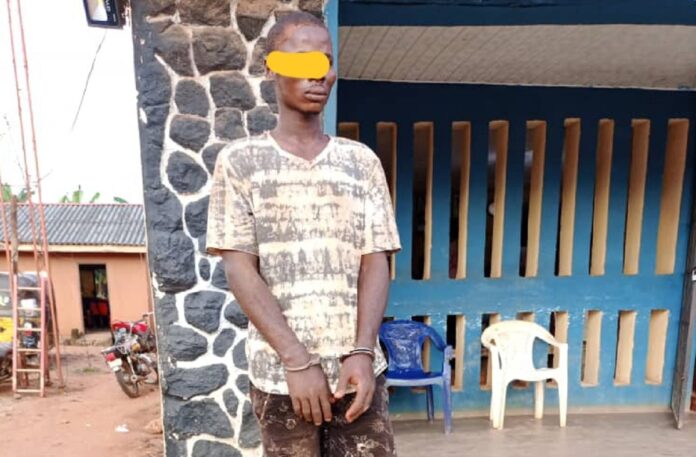 The suspect claimed he was sent by God to kill the victim.

The late native doctor resided at Nkpor but hailed from Umuavor village Abor in Udi council of neighbouring Enugu State.

Also,  the self acclaimed ‘pastor’ hail from Amagunze in Nkanu East council, in Enugu state too.

The suspect told detectives during interrogation that he was sent by God to kill the native Doctor Who he also claimed was disturbing him spiritually and has not allowed him to progress financially.

Detectives from the Ogidi Division led by the Divisional Police Officer(DPO) -CSP Ekuri Remigius visited the scene of crime and rushed the victim who was found in a pool of his blood to Iyi- Enu hospital for medical attention but was certified dead by the medical doctor on  arrival.

The corpse was then deposited at the hospital mortuary for autopsy, while the murder weapon -a big machete has been recovered as exhibit.

The case has already been transferred to the State Criminal investigation Department, Awka  for discreet investigation in order to unravel the actual circumstances surrounding the incident.