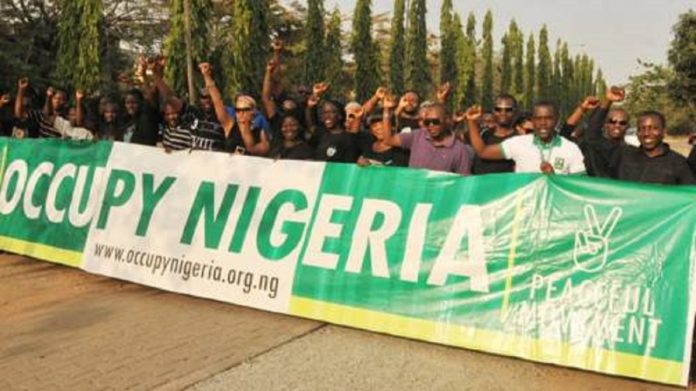 For keen political watchers in Nigeria, July 25, 2017, means a memorable date in the annal of the nation’s political history. On that day, at that time and in that place, youth advocacy groups under the aegis of ‘Not too young to run campaign, accessed the political window provided by the ongoing amendment of the 1999 Constitution by our parliaments.They trooped to, and   marched along the streets of Abuja, the nation’s Federal Capital Territory to among other things protest against age barriers on political posts.

Indeed, their hope was rekindled as the now outgone 8th Senate, during a session the next day (July 26), voted to lower the age limit for contesting elections for the offices of state governors and president. The vote culminated to a bill that sought to accommodate youths desirous of seeking political or elective positions- that President Muhammadu Buhari has since appended into law.

With the amendment achieved, the age limit of candidates for president has been reduced from 40 to 35 and, for governorship positions, from 35 to 30. This was adjudged as commendable considering the reality that since May 1999, when democracy re-emerged on the nation’s political shore, Goodluck Jonathan 53 remains Nigeria’s youngest president.

What however caused concern among Nigerians is that few days after, despite this great accomplishment which came at a time when public perception favours a younger generation of leaders, the 2019 electoral outcome in the country neither reflect this disposition nor brought about a marginal shift in favour of the youths. As political adults/usual faces retained governorship positions while President Muhammadu who was at 75 got re-elected for second term in office. The situation was made worse by the disproportionately and skewed ministerial appointments against the youth that followed inspite of Mr President’s promise in 2015 that he will work with the youths.

This screaming evidence dispatched another warning that youth’s political highway remains slippery, rough, and riddled with potholes and hopelessness. This is by no means limited to leadership position but extends to lack of access to quality education and employment.

The present reality led many to believe that this is happening because the political sphere is deformed and devoid of pacesetting and coaching’ leaders but filled with public officials that assume self-sufficient attitude, despise others and views self as the exclusive possessor of what ought to be the common wealth, as well as claim excellence not possessed. A factor that’s largely responsible for the leader’s inability to provide direction, protection, orientation, shape norms or manages conflicts in their various places of authority.

At the same time, good number of citizens were led to wholeheartedly approve and endorse the believe as considerable factor that  youths non-possession  of  financial strength to execute the electoral projects is the greatest ill that further fuel their political and leadership powerlessness.

However, despite the popularity of this opinions, there are entirely different disclosure from different quarters that says something else as to why they (youths) may find it difficult if not impossible achieving Moments of Greatness even in the forthcoming general election in 2023.

To this group, the argument is predicated on the fact that wisdom is acquired by living purposefully and objectively”. The individual who knows where he or she is going and is determined to get there will find a way or create one. There is no grander sight in the world than that of an individual fired up with a great purpose, dominated by one unwavering aim. The man or woman with a resolute purpose, with an overriding passion, is always a minority of one.Nigerian youth, they noted lacks these attributes.

While admitting that it’s true that some people are born with rare, unique gifts and others are introduced to life with average talents and abilities, they submitted that those individuals that society labels “great” reach high levels of performance by developing their talents to a very high degree in the field of their choice. In other words, your potential lies dormant. It must be identified and developed if you hope to get more out of life. The formula for success is simple: a few simple disciplines practised every day.

This is the missing link and major factor why Nigerian youths may continue not to make impact in the national sphere be it political or economic. They concluded.

However, all factors considered, as someone that has seen the two sides of the argument, for Nigerian youths to make political and socioeconomic progress in my views, they(youths) must, to use the words of Robert E. Quinn, a Professor of Management Practice at Harvard Business School, provide answers to four transformative questions-Are they result centred? Are they internally directed? Are they others focussed? And are they externally open?

Aside from the awareness that they (the youths) cannot solve our socio-economic challenges with the same thinking that current leaders used in creating those challenges, Robert E. Quinn’s position in an essay entitled; Moment of Greatness, perfectly describes the attributes of most Nigerian youth towards political activities in the country and  throws more light to why youths settles for the easiest option at their disposal which is praise singing or what is referred to as ‘’Otinkpu’’ in Igbo local palace.

We are all aware that Nigerian youth for a very long moment have not seen anything wrong fraternizing with candidates and public officers  that lack due care and those with culpable absence of solicitude in meeting or performing their practical and political duties to the people.

To further explain this position, most of the time; Nigeria youth like every other human being get carried away being comfort centered. They try to continue doing what they know how to do. They think they are pursuing new outcomes.  But if achieving such objective means leaving their comfort zones, they subtly–even unconsciously—find ways to avoid doing so.They typically advocate ambitious outcomes while designing their work for maximum convenience, which allows them to avoid conflict but frequently ends up reproducing what already exists. Often, others collude with them to act out this deception. Being comfort centered is hypocritical, self-deceptive and normal.

In the normal state, Robert argued that we comply with social pressures in order to avoid conflict and remain connected with our coworkers. However, we end up feeling less connected because conflict avoidance results in political compromise. We begin to lose our uniqueness and our sense of integrity. The agenda gradually shifts from creating an external result to preserving political peace. As this problem intensifies, we begin to lose hope and energy. This particular explanation in my views makes it abundantly clear why the weakness associated with youth related gatherings is their inability to remain united for a very long time.

Again, ‘it’s hard to admit, but most of us particularly the youth, most of the time, put their own needs above those of the whole. Indeed, it is healthy to do so; it’s a survival mechanism. But when the pursuit of our own interests controls our relationships, we erode others’ trust in us. Although people may comply with our wishes, they no longer derive energy from their relationships with us. Over time, we drive away the very social support we seek’.

In view of the above, if Nigerian youths are to make political progress and attain ‘Moments of Greatness’come 2023, they must be willing to make sacrifice by shunning instant gratification mentality, make sacrifices and build productive collaboration. They must come to term with the reality that there is little hope for them until they become tough minded enough to break loose from the shackles of prejudice, half-truth, and downright ignorance. As any nation that produces soft minded men purchases its own spiritual and socio-economic death at installment plan’.