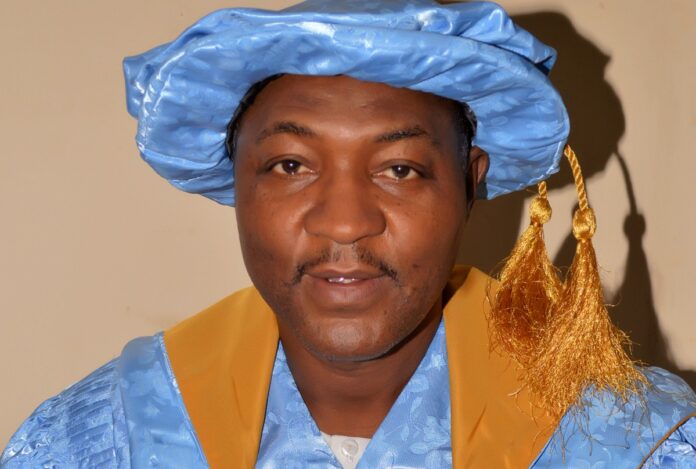 Abbas, a Professor of Mathematics Education in the Faculty of Education taught over 20 undergraduate/postgraduate courses over a period of 27 years and chaired many​ different committees such as Senate Business Committee (2015-2018); Committee of Deans and Directors (2015-2017); Committee on TETfund Sponsorship and Utilization of Grants (2016-2018); Bayero University Guest House (2016-2019); Senate Committee on Accreditation and Re-accreditation (2015-2018); Central Admissions Committee (2015-2018); Governing Board BUK Staff Secondary School (1997-2010); Editor in Chief, Bayero University Journal of Science, Technology and Mathematics Education (BAJOSTME) 2018-date; member to 16 University based committees from 1991-2018, as well as member to 15 departmental based committees from 1991 to date.

Professor Abbas was former deputy vice chancellor academics from 2015 to 2017 and 2017 to 2018 under two famous former vice chancellors, Professor Abubakar Adamu Rasheed and Professor Muhammad Yahuza Bello. He was a pioneer Director, Directorate of Resaerch, Innovations and Partnership (2014-2015) and ​ pioneer Director, Development Office (2004-2007) all in Bayero University, Kano.

The 11th Vice Chancellor was a member of 12th and 13th ​ ​ ​ Governing Council and Resident Consultant to USAID and Research Triangle (RTI) International 2000-2003.

Contributions to Education System in Nigeria

Professor Sagir Adamu Abbas has contributed immensely to the development of education in Nigeria and continues to rise to the challenge of system’s deterioration by working assiduously to make sure that education is given a facelift in the country.

While he was a Senior Special Assistant to the former Minister of Education, Professor Ruqayyatu Rufa’i, he played a formidable role in ensuring the creation of 12 additional federal universities in Nigeria in 2012, a feat that has widened the access to university education in the country.

Professor Abbas is a member of the Governing Council of the first privately owned university in Kano, Skyline University and member Governing Board, Aminu Kano Teaching Hospital all from 2017 to date.

His significant contributions to Bayero University were unquantifiable as he played a key role in bringing many projects between 2010 and 2013. One example of such was the Faculty of Education, the biggest of its kind in Nigeria. He was also instrumental in bringing two Africa Centres of Excellence to BUK, Centre for Dryland Agriculture (CDA) and Africa Centre for Population Heath and Policy.

He is presently a TetFund Assessor for Conversion of Thesis to BOOKs and Member Board of Trustees for proposed Khadija University, Majia from 2019 to date.

It all began with the search of Professor Sagir Adamu Abbas by the Search Team of the University. The team saw potential in him just as it did to other candidates. The candidates were given the mandate to seek the support from members of Bayero University, who would vote them on the parley day. BUK is the only university in Nigeria that conducts parley for the election of a new vice chancellor as part of the processes for his appointment.

Professor Abbas went round all the centres, faculties, departments and units seeking for their support. Many members of the University were tuned with his purposeful agenda which was aimed at moving the BUK Forward.

His strategic plan was built on existing tactical and operational aspects of structures by expanding them to accommodate the “new normal” education. His plan for academic and non-teaching staff had centred on staff welfare, provision of conducive work space, capacity building, utility service and prompt clearance of promotional cases as at when due.

On creating a digital campus, he made it clear that BUK would be turned into IT based by demanding the use of IT applications for staff and students and that the University would be branded through digital space in teaching, research, learning and administrative activities.

“We shall access immediately the IT intervention funds by TETFund and try as much as possible to increase University’s visibility,” said Prof Abbas in many of his interactions with university units.

One area that he dwelt on was increasing the funding base of Bayero University, Kano through encouraging grantsmanship, empowering and reorganizing Development Office to generate more funds, establishing functional university farm that will constantly produce crops and livestock including dairy and beef cattle and poultry poultry products, as well as consolidating the businesses already established by the University such as BUK Microfinace Bank, Bayero Cooperative Society Ltd. “BUK will acquire Nuclear Magnetic Resonance (NMR) equipment for analysis. This will have a lot of income to the University,” he said.

Other aspects of his purposeful agenda were increasing research output and academic excellence for BUK; consolidating physical and infrastructural facilities; improving on security issues, strengthening town and gown relationship and internationalization of BUK.

At the parley which took place on Wednesday, 5th August, 2020 contestants vying for the post of the Vice Chancellor interacted with members of the congregation on their mission, vision and how they intended to move the University forward.

After the interaction, members of the Congregation cast their votes in which Professor Sagir Abbas got the highest votes of 1026 followed by Professor Adamu Adamu Idris Tanko with ​ 416 votes. The other contestants, Professor Mohammed Dikko Aliyu and Professor Dalhatu Balarabe Yakubu polled 10 and 5 votes, respectively.

After the Congregation Parley, the process continued with an interview by the Selection Board. All the candidates were rigorously interviewed. Al together, they spent many hours answering questions from the Board.

“The Board was so impressed with Professor Sagir Abbas because of his mission and vision of Bayero University, Kano. He tolfd the Board that he was a professionally fund raiser and that gives us the glimmer of hope that he will not just sit down but go out to solicit funds for the University,” said Pro-Chancellor and Chairman of Council, Professor Ibrahim Gambari.

At a valedictory Council meeting at Professor Abubakar Rasheed new Senate Building and chaired by the Chief of Staff to President Muhammadu Buhari, Professor Ibrahim Agboola Gambari, the new Vice Chancellor was presented with his letter of appointment.

“I have the honour and privilege to present to you the letter of appointment as the substantive Vice Chancellor of Bayero University at a valedictory Council Meeting,” said Prof Gambari, who is the Chairman of the BUK Governing Council.

The letter of appointment, which was signed by the Pro-Chancellor and Chairman of Council, Professor Gambari said: The Governing Council of Bayero University, Kano in the exercise of the powers conferred on it by Section 4 of the Universities (Miscellaneous Provisions) Amendment Act 2003, at its meeting held on Saturday, 8th August, 2020 considered the submission from the Selection Board and hereby approves your appointment as the substantive Vice Chancellor of Bayero University, Kano for a period of five (5) years with effect from Tuesday, 18thAugust, 2020.

“The condition of service, including remunerations and fringe benefits, shall be as approved for Vice Chancellors in Federal Universities,” the letter said.

The outgoing Vice Chancellor, Professor Muhammad Yahuza Bello was of the view that Prof Abbas qualities had manifested since his time as deputy vice chancellor, academics.

According to Prof Bello, he was extremely happy when he read the tenure report of Prof Sagir Abbas after serving as Deputy Vice Chancellor, Academics. “The way he led all the committees particularly Senate Business Committee, was impressive.

” He used to go to faculties and departments to ensure that results were brought on time. Any department with problems, he usually went their physically to find out what was the problem and helped them solve it. We were able to get results within six weeks after examinations. Credit must go to Prof Abbas. He is up to the task to take this great University to greater heights,” said Prof Bello.

Handing Over Marks the Beginning of the New Dawn

The new Vice Chancellor, Professor Sagir Abbas took over from Professor Yahuza Bello on 17th August, 2020 at a brief handing over ceremony in which staff from different faculties, departments and unit gathered at the new Senate building.

It marked a new beginning in the chapter of Bayero University, Kano as teacher handed over to his student who has received massive support from members of the University community.

What many staff members in the University have been saying is that they are highly impressed with the new Vice Chancellor’s attitude of seeking for prayers and support in order for him to succeed.

“I need your prayers and support and we should all join hands together to take the University to greater heights,” Prof Abbas said during the handing over ceremony.

Our firm belief is that with the massive support he enjoys coupled with the prayers from all and sundry, his style of administration that centres on futuristic, consultative, inclusive, pragmatic and transparent system will move the BUK Forward.

You can reach him viagarbanbuk@gmail.com