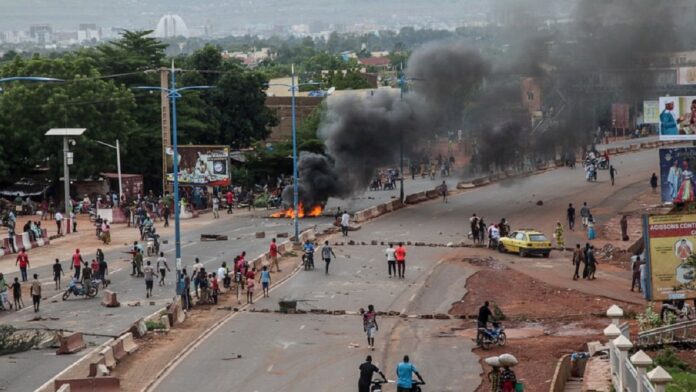 A section of Africa, Mali, is boiling. As usual, on a negative note.For the umpteenth time, the vast country,stretching into the Sahara Desert , and  among the poorest countries in the world, has experienced another military takeover.Mutinying soldiers ousted the country’s President,Ibrahim Boubacar Keïta, with the claim that ” they plan to set up a civilian transitional government and hold new elections”.

While the spokesman for the soldiers said” they had acted to prevent the country falling further into chaos”, Keita acted gentlemanly, unlike his contemporary African leaders whose ambitions worth more than the blood of their subjects, by resigning saying “he did not want blood to be spilled to keep me in power”.

The mutiny has generated widespread condemnations, even among some African leaders who are saddled with the history of coup d’etat.

The UN Security Council has urged the immediate release of the president and his officials, while directing all troops should return to their barracks without delay.

This is as African Union (AU) 15-member security council called for the restoration of constitutional order and the release of the president and other government officials.

Recent events in Mali were not palatable and could as well spark uprising. It will be recalled  that Mr Keïta won a second term in elections in 2018, but since June has faced huge street protests over corruption, the mismanagement of the economy and a dispute over legislative elections.

Also,there has also been anger among troops about pay and the conflict with jihadists.

It is equally obvious that the war in Libya, almost a decade ago is instrumental in nudging the country into chaos.

Like always the case, weapons from the warring Libya, suspectedly fueled  a separatist conflict in northern Mali, which morphed into an Islamist militant offensive, which analysts believe, prompted a coup in the capital, Bamako.

So, it is not out of place to state that the coup in Mali was promoted by security challenges,  corruption, disputed elections, and political drift.

On the other hand, other events trailing the coup in Mali were strong signals that the country was sitting on a keg of gun powder. For instance in 2019, Prime Minister Soumeylou Boubeye Maiga and his government resign following an upsurge of ethnic violence.

The ugly event was trailed by the kidnap of the opposition leader, Soumaila Cisse kidnapped as he campaigns ahead of parliamentary elections.

As the months go by, things began to degenerate as in May this year,opposition coalition led by popular Iman Mahmoud Dicko called for President’s Keïta’s resignation, while in June,Ecowas called for creation of a “consensus government of national unity” following massive opposition street protests.

Events came to an ugly head in July 10th as at least 10 people were killed after opposition supporters clash with security services.

Africa’s long history of ousting unpopular governments through coup d’etat is gaining prominence recently. Few years back, elements in the Zimbabwe Defence Forces  gathered in the nation’s capital, Harare, and seized some major institutions in the city, including Zimbabwe Broadcasting Corporation. This event led to the ousting of one of the Africa’s long -serving despots, Robert Mugabe.

Just like tensions currently brewing in Mali, situations in Zimbabwe prior to the ousted of Mugabe were not favourable. The centre of the conflict was who would succeed Mugabe, then 93 years.

Intrigues and foul power play were let loose.A situation that led to the firing of Mnangagwa and his subsequent forced exile to South Africa. There were rumoured poisoning of Mnangagwa during an August 2017 political rally led by the president and his airlifting to a hospital in South Africa for treatment.

The question begging for urgent address in the Mali’s situation is “will the  soldiers, who call themselves the ‘National Committee for the Salvation of the People’, fulfill their assurance of not staying in power?”

Will they live up to their promise thus”We are keen on the stability of the country, which will allow us to organise general elections to allow Mali to equip itself with strong institutions within the reasonable time limit”.

The whole world is watching.